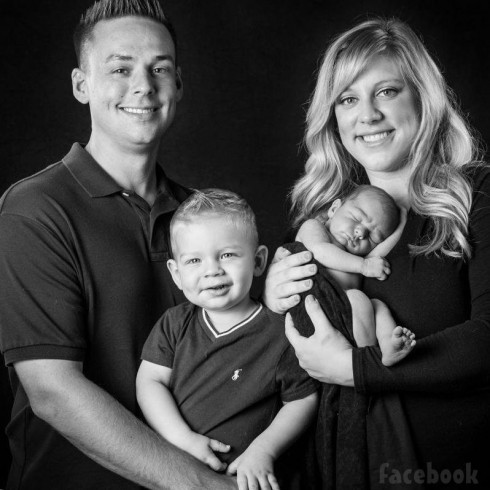 The Real Housewives of Orange County‘s Grandbabypalooza continues! yesterday we shared the news that Tamra Barney’s son Ryan Vieth and his fiancee Sarah Rodriguez are currently expecting, and now we have more photos of Vicki Gunvalson’s new grandson Owen courtesy of mom and pop Briana Wolfsmith-Culberson and Ryan Culberson!

Proud pop Ryan got in on the Facebook photo posting fun as well, sharing a photo of himself in bed with his two boys checking out the latest headlines on Starcasm: 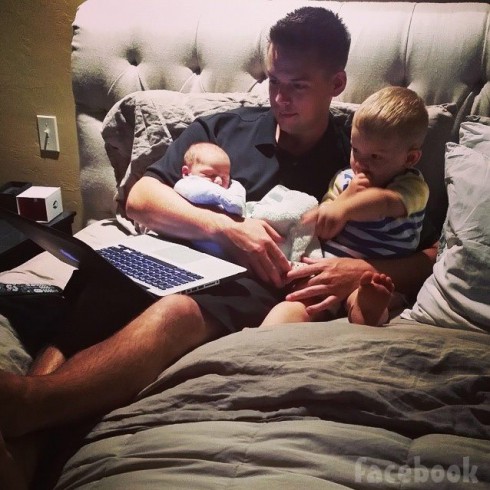 Once again, a HUGE congrats to Briana and Ryan! We would wish for some sort of spin-off, but I guess part of the reason we love Briana so much is her aversion to being on TV. 🙂 That’s some catch, that Catch-22!

* It should be noted that there has been no official confirmation that Briana and Troy’s new son is named Owen, we are going by Vicki’s comment on the first photo of Owen to hit the internet: “It’s been so amazing for me to be a part of this special time in Briana’s, Ryan’s, Troys and Owen’s life. I am so proud of Briana of the daughter, mother and wife she has become. I Love you!”