Greasy oil heir Brandon Davis has hit a new low in his tradition of slamming on young actresses. Davis posted a message on Twitter calling his ex-girlfriend Mischa Barton, “one of the fattest people on the planet.” He then says he would now date “plus-size models.” As if hotties like Crystal Renn would have anything to do with Brandon Davis, most famous for once calling Lindsay Lohan a “firecrotch?”

The offending Tweet has been deleted from Brandon’s feed, but as we all know, once it’s on the Internet, it’s forever:

Omg. Just realized my ex turned in to 1 of the fattest people in the planet. I’m gonna start dating plus sized models. Not! Mischa the Hefer
19 minutes ago via UberTwitter

This is yet another story that calls attention to Mischa’s sudden “fat” body, which is mostly the result of some poor fashion choices. A story in US Magazine pointed out Mischa’s “flabby belly” and visible panty line in a pair of hideous yellow pants. These black pants in the following photo isn’t much better, but who would call her “fat?” 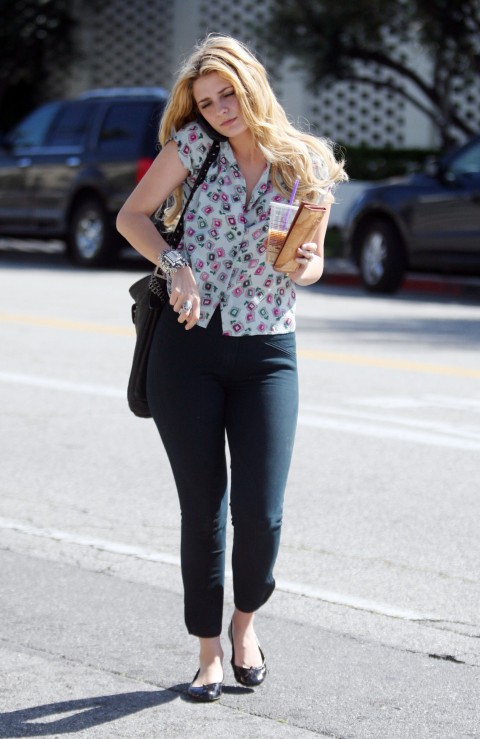 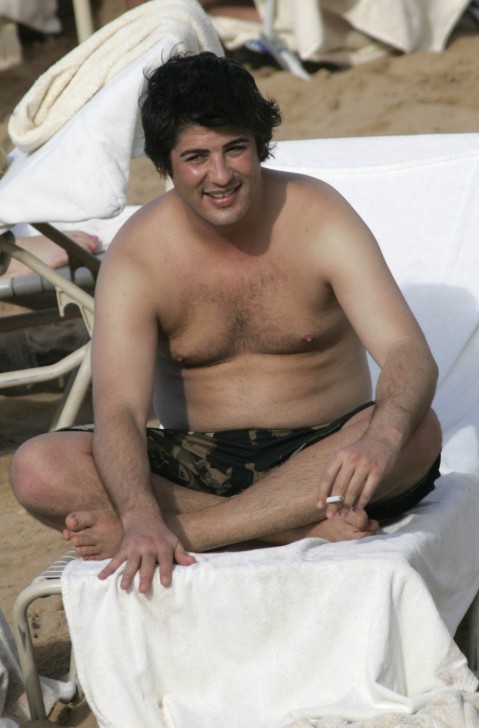 Mischa’s been plagued with rumors of problems with drugs and alcohol; in 2009 the New York Post reported she’d gone on a cocaine bender and friends feared she would kill herself, which led to a stay in a psychiatric ward. . That same year, she was being accused of being too thin. She’s been in and out of rehab in the past few years, checking herself in after a DUI in 2008 and in 2009.

Unfortunately, it looks like Mischa is still partying: Hollywood Life reports she was throwing up and “out of it” outside of Bar Marmont as recently as March 27.

Barton dated Davis in 2004, they broke up a year later.

Mischa Barton has an attack of the crazies! – Put under an involuntary psychiatric hold (5150)

VIDEO Mischa Barton incoherent after allegedly being given GHB