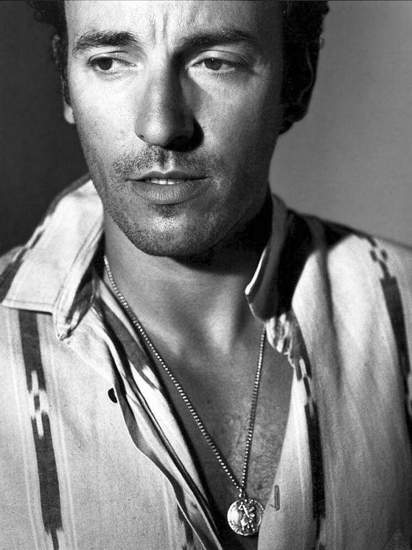 The Boss told this month’s New Yorker that he suffered from depression, and even suicidal thoughts during the seventies and eighties. This was also the time that he created some of his greatest music. It’s a sad irony that the best songs usually come from a place of intense emotional pain.

Bruce’s friend and biographer Dave Marsh told the magazine that a lot of these issues arose from his sudden fame. The pressures of overnight success can really be a shock to the system:

“He was feeling suicidal. The depression wasn’t shocking, per se. He was on a rocket ride, from nothing to something, and now you are getting your ass kissed day and night. You might start to have some inner conflicts about your real self-worth.”

In Bruce’s words himself:

“My issues weren’t as obvious as drugs. Mine were different, they were quieter – just as problematic, but quieter. With all artists, because of the undertow of history and self-loathing, there is a tremendous push toward self-obliteration that occurs onstage.

It’s both things: there’s a tremendous finding of the self while also an abandonment of the self at the same time. You are free of yourself for those hours; all the voices in your head are gone.”

He said the intense, four-hour concerts he gave at the time that so resonated with his fans were driven by “pure fear and self-loathing and self-hatred.”

One of his lowest points was in 1982 when his dark stunner Nebraska was released, and he was having suicidal thoughts. He was upset because he couldn’t seem to hold onto a relationship, and he was also being haunted by the past. His father was depressed, and often isolated himself, and Bruce feared he was doing the same thing. He started weeing a psychotherapist that year who helped him sort through and deal with these thoughts and fears. Years later, Bruce introduced his song “My Father’s House” with an insight he learned from his psychotherapist:

“He said, ‘What you’re doing is that something bad happened, and you’re going back, thinking that you can make it right again. Something went wrong, and you keep going back to see if you can fix it or somehow make it right.’ And I sat there and I said, ‘That is what I’m doing.’ And he said, ‘Well, you can’t.’ ”

Bruce has now moved past his dark times, but he still gives and emotionally intense show, and feels like he OWES it to his crowds to deliver “an extreme experience.” He asks his audience to leave “with your hands hurting, your feet hurting, your back hurting, your voice sore, and your sexual organs stimulated!”

“For an adult, the world is constantly trying to clamp down on itself.Routine, responsibility, decay of institutions, corruption: this is all the world closing in. Music, when it’s really great, pries that shit back open and lets people back in, it lets light in, and air in, and energy in, and sends people home with that and sends me back to the hotel with it. People carry that with them sometimes for a very long period of time.”

PHOTOS Bruce Springsteen shirtless on the beach in St. Barts!