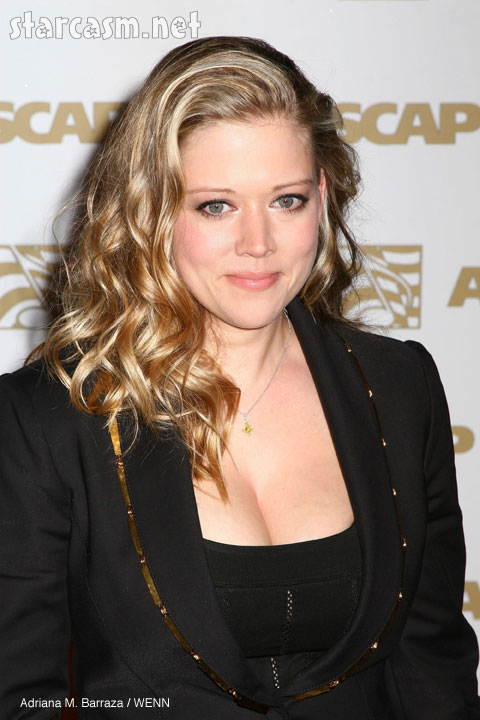 Melissa Etheridge’s ex-wife Tammy Lynn Michaels is making it really hard to be on her side. The former actress, who says she gave up her lucrative career to raise children with Etheridge, feels she needs more than the $23,000-a-month she receives each month in alimony.

She wrote in one of her blog poems that she used to make $15,000-$20,000 a week on the TV show Popular (yeah, we don’t remember it either,) and then sank all her money into her relationship with Etheridge, and quit working to take care of their babies. What makes all of this more ludicrous is that Michaels says she hopes to go to school to become a nurse or a teacher. Maybe someone needs to send her a memo that teachers make little more each year than what she receives each month (nurses make about three-to-four months of Tammy Lynn’s alimony payments per year.)

Not to mention the fact that almost anyone can live VERY comfortably raising two children on $23,000-a-month, and can definitely free her up to go to school if she wants.

Tammy Lynn also used her blog-poem medium to defend herself against allegations that she burned their five-year-old son. Basically, she said that he tackled her and got burned by her cigarette after she asked him to give her a moment while she “did” her “bad habit.” Here’s her poems via the New York Post:

I had a cigarette and i was smoking / now kids / they don’t always listen / do they?” Michaels writes in what appears to be a free-form poem. “When you stand 20 feet away from them and say / Hey- Mommy’s gonna stand over here for awhile / because I’m doing my bad habit / you guys can’t be up against me for / a few minutes / how does one know / that her amazing son / with strong and luscious arms and legs / would try to play / Invisible Monster Tackling Mommy / at / that / precise / moment?????”

I had made an insane amount of money in commercials, and then I landed my regular part on Popular. $15,000 a week … I got a raise for my second year. $20,000/week for that one. Grab a calculator, do the math, and one might see that I was financially doing PHENOMENALLY before I entered into a relationship where there was another person with money. When I was asked to stop actively seeking work, I was okay with that. There were kids that needed to be tracked and loved and taken care of … KIDSSSSSSSSSSSSSSSSSSSSSSSSSSSSSSSSS was my clear winner. Money doesn’t love back, you see.”

Tammy has previously outed Melissa on the her blog for cheating on her, and not giving her enough money to meet basic needs, but this is ridic. So many moms in this country, both with a partner or single, manage to go to school AND/OR work AND raise a family at the same time while making what Tammy gets in a month. #hollywoodproblems

Are Melissa and Tammy Etheridge calling it quits?