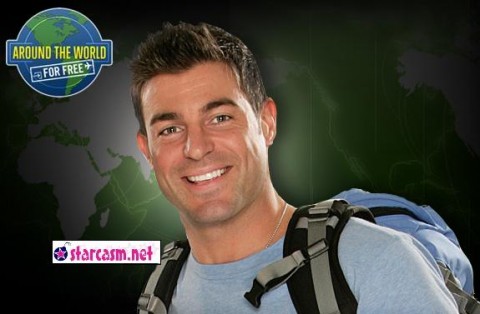 Jeff Schroeder tried to survive the rigors of the Big Brother house and did a little globe trotting with his showmance girlfriend Jordan Lloyd in the Amazing Race.  This morning he has set out on another trip in CBS reality land with an interactive web series called Around The World For Free.

This will be the 2nd season of the CBS show that follows one person in their quest to make a trip around the globe in 100 days without any money.  Season one also featured an Amazing Race alum, Alex Boylan.  The show is interactive allowing you to follow Jeff’s journey as well as adding input including travel tips, suggestions of where to go and even the ability to offer transportation and a place to stay.  I know my wife would love to have Jeff for a little sleep over!

Here is a video preview courtesy of CBS:

In an interview with RealityWanted Jeff riffed on his past experiences in reality TV and what he hopes to get from Around The World:

“I think it’s going to be a lot different. I’m not with my girlfriend, who is sitting right here. No disrespect, Jordan. It’s different in a lot of ways. There’s no race involved. This is enjoying life.”

“My mother is in my ear about the show and she wants me to be safe. Jordan wants me to be safe. If I had a concern, that would be it. Sleeping on the street and not knowing where I’m going to stay but that’s also the excitement as well. You have to have a little danger to have an adventure.”

I checked out the show page and found it to be interesting and well though out.  There’s an interactive map that allows you to follow Jeff which includes videos and photos from his journey.  A registration is required, but after that you can message Jeff to provide him with assistance, tips, or simply just to say good luck.

This interactive format could be the future for reality television.  It more deeply connects the viewer with the reality cast members creating a personal and relatable experience.  I do not know if Around the World will become a mega-hit but I do think it’s a precursor of things to come in this field of entertainment.  Pretty cool stuff.

BEFORE THE 90 DAYS Larry quits McDonald’s to Youtube himself living in a camper in the Phillippines?

Brooklyn Decker and Andy Roddick are expecting their first child