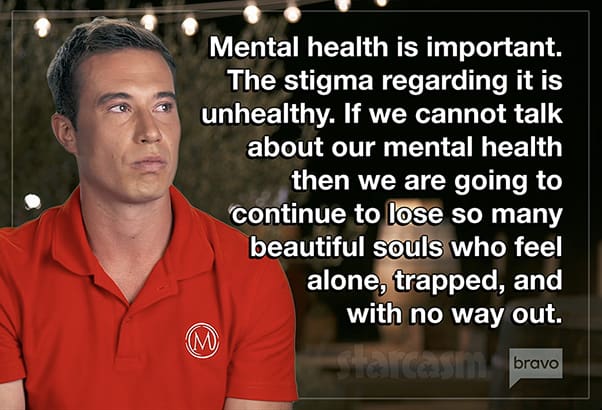 Below Deck Med deckhand David Pascoe surprised his co-stars during a winery outing as he came to the defense of recently fired stew Lexi Wilson. “Worst case scenario is Lexi being in a very bad place after this,” David explained to the cameras. “I’ve been there,” he continued. “I’ve been in dark places, felt sh*t about myself.”

David then shared some additional details about just how bad things got for him. “They prescribed me meds, and in my head, I’d convince myself that if I just took everything I’ve got, I’d go to sleep for a few weeks. All I remember was waking up in a hospital bed the next day, just, like… I was empty. And I was so f***ing scared.”

He related his experience to what Lexi might potentially be feeling after her termination. “Obviously that’s very dark f***ing turn. I’m just trying to say, even though she wasn’t a nice person to me, she is still a human being.”

That’s pretty much all viewers got to see of David recounting his experience. However, David revealed in an Instagram post after the episode aired that there was a lot left on the cutting room floor. “What was a good hour of discussion was broke down into a few moments of explanation,” he wrote in a series of text graphics.

Here is David’s post, followed by his caption, and then a written transcript of the series of text images in the gallery:

This isn’t easy for me to have written, nor to actually post but if it can help just one person in their own personal battle then it was all worth it.

I have to add that I am in a very good place right now.

I am genuinely happy and for the first time in many years I truly feel in control of my future and know exactly who I am and where I want to be.

This is me, this is my story.

On a recently aired episode where I discussed a darker period of my life. An episode is only so long and what was a good hour of discussion was broke down into a few moments of explanation, which I understand and can only, wholeheartedly thank the network for using this moment.

I want to use this moment to tell my story, explain what happened, describe my emotions because mental health important and depression is a silent killer, it should not be stigmatised and silenced but discussed and understood. Everything happened a long time ago, I found myself waking up and cycling through 100 different emotions within the hour, from laughter to tears, smiles to cries and I couldn’t understand it nor comprehend it. I made a decision to see professional help which, as it turns out, was to be sat in a soul-destroying office and asked questions to adhere to a checklist that would determine the state of my mental well-being.

The first week went well, I felt okay, levelled. As time went by I was energetic, euphoric and feeling fantastic. Work was going well and after a long day I had energy to kill, so I decided to go for nights out a few times a week, I didn’t drink anything other than energy drinks and always drove. A few nights a week become every night of the week. I’d drive into town, meet friends, stay out until the last clubs closed at 6am and drive home and lie awake for a few hours until work started over.

This process lasted a few weeks before I started to lose track of time. Initially just a few hours of a day, then a day until eventually I lost all cognitive understanding of who I was. My entire being was on autopilot… work, party, half-sleep, repeat. A knock-on effect from this current lifestyle was the headaches, to counteract this I’d get through one, two, sometimes three packets of pain killers to subsidize the ever worsening pain in my head and eyes.

I don’t know how long this lasted but eventually it all became too much.

One night everything came to a grinding halt. I was exhausted to my core and I didn’t have the energy to keep going. In my head I’d convinced myself that I just needed to sleep, maybe a few weeks and then everything would be okay, I’d be fine.

I took everything I had. The rest, as you’ve seen, was me waking up in a hospital bed, feeling as though a freight train had driven through my body and mind.

I returned home and spent 3 days in and out of sleep, half dreaming but extremely unsettled and just feeling empty. I had a darkness in my head that can only be described as rock bottom, I was finished.

Time went by and, as per recommendation I returned to that original office of said medical professional to review my current situation.

The outcome… we are so sorry that happened to you, similar situations have happened to people on that medication”. The result… “Take this medication, it will keep you on a level instead of a high” No.

I left that day without any medication, I wasn’t going to risk falling down the same rabbit hole based on a checklist and a “that didn’t work, try this” approach.

What followed was a long, painful process of self-healing. Understanding that I could train myself to get past these moments of darkness, to not rise to these moments of hypomania and take control of my own mental health without having to use chemically induced intervention. 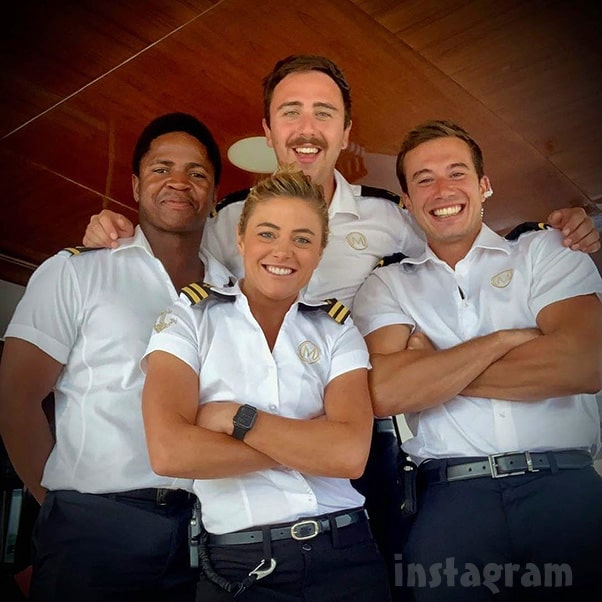 It wasn’t an easy road and there were always days where I relapsed. The darkness in my mind would flood in and I’d feel that loss and helplessness overtake me. I’d be in my car or on my bike and think “just a small turn and I can just end it here, it’ll be okay”.

This all happened many years ago, it forever sits in my mind as a time when I was at my absolute lowest.

Fast forward 10’s of years and I’m sat here watching myself talk about this period of my life and this is why.

Mental health is important. The stigma regarding it is unhealthy. If we cannot talk about our mental health then we are going to continue to lose so many beautiful souls who feel alone, trapped, and with no way out.

I don’t want commendation, I don’t want praise or congratulations. I just want to raise awareness of something that is so real, so predominant and so deadly to every man, woman and child that walks this earth.

Everyone is human, sometimes we just need a little help.

The deck crew on the current season of Below Deck Med have a collective heart of gold, and David is really wearing his on his shoulder here. I applaud him for having the bravery to share his experience with depression. I also applaud his efforts to to encourage his co-workers to not dehumanize Lexi, despite how terribly she acted towards them.

There are only a couple Below Deck Med episodes left featuring the post-Lexi “Heart of Gold” crew (and Matt), so be sure to tune in to see the emotional conclusion on Monday nights at 8/7c on Bravo! Or, you can check out the episodes a week early by streaming on discovery+.

BELOW DECK MED: Where is Bugsy Drake now?