On Sunday night’s episode of 90 Day Fiance: Before the 90 Days, viewers were introduced to 26-year-old Cortney from Orlando, Florida. Cortney has all but given up on finding romance stateside, and has taken up the hobby of backpacking around the globe looking for adventure — and love. While in Madrid, Spain she connected with a muy guapo chico named Antonio via a dating app. The two never managed to meet in person while she was in Spain, but they continued their virtual conversations, which developed into a virtual relationship.

Cortney, who admits she has been catfished before, sends up a huge red flag when she reveals that she and Antonio have never talked via skype, FaceTime, or any other video messaging service. Her parents become really concerned when Cortney announces that she plans on flying to Spain to meet Antonio for the first time.

So is Antonio for real? The answer to that question is at least a partial yes. The photos Cortney has received are of Antonio Millón, a 31-year-old Spanish model who lives in Málaga, Spain. Antonio has several online modeling profiles which include all of the photos used on the show. Here are some examples: 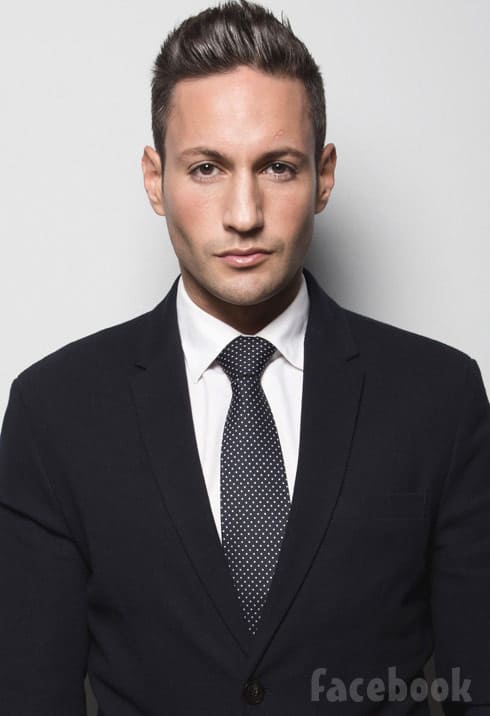 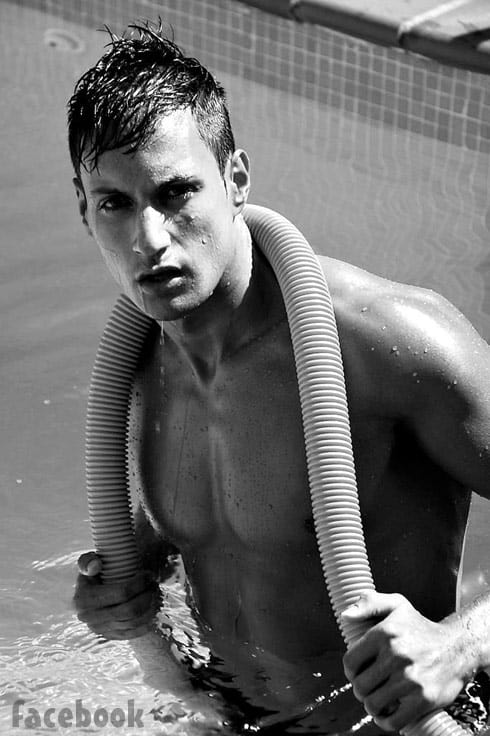 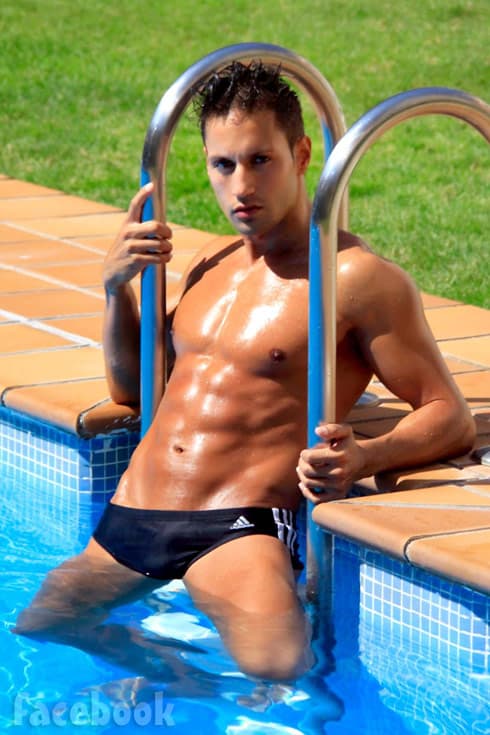 So is this the same person that Cortney has been talking with? We have no smoking gun in the form of a photo of the two of them together or anything, but we do have recent evidence that indicates Cortney at least wants us to think it was really Antonio. 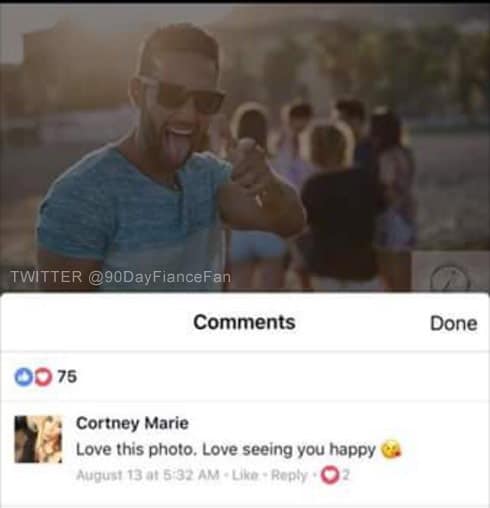 That evidence comes in the form of interactions on Facebook as recent as last week. On a photo recently posted by Antonio (above), Cortney commented on August 13: “Love this photo. Love seeing you happy.” She added a ? kissy emoji. Cortney has also been actively liking other recent photos posted by Antonio.

Of course, this could all just be a ruse keeping up appearances and avoiding spoilers. That may seem a bit silly, but it fits my working theory. Bear with me here…

This is just personal opinion, but Cortney’s story line has seemed really forced and heavy handed (aka scripted) to me. My personal thoughts are that Cortney and Antonio did strike up a virtual conversation while she was abroad, and she then saw an opportunity to use that to get on the show and score a trip to Spain. From that point, producers decided to play up the catfish angle (and I mean REALLY play up the catfish angle) so we would all be surprised when it turned out to actually be him. I mean, if it really is a catfish, it would be a huge let down at this point, am I right?

Something else that makes me think Cortney’s story is a bit forced is that producers were seemingly desperate to find American women for the show. Casting calls issued for Before the 90 Days began late last year, and they were still looking as recently as July — but the most recent casting calls were for women only. And those started to get a little more lax on the requirements lol. Here’s one from July:

Looking for Ladies who want to be on TV! 🙂

The previous casting calls were far more specific about the restrictions. (Hmmm, perhaps I am a little too obsessed with this show?)

ANNNNYWAYS…. If it turns out I’m right, then I give mad props to Cortney and Antonio for their hustle! She got a European vacation on TLC’s dime, and Antonio gets international exposure for his modeling career! If I’m wrong, then perhaps they have both found true love AND got a free trip and exposure. 🙂

Speaking of Antonio and exposure, if you’re looking for that nude photo featured on the show, you can CLICK HERE to see it. (PG-13 at worst)

Just in case still images aren’t enough, I found some video footage of Antonio “at work” that will have you thinking about taking a trip abroad:

Regardless of what I think (or have speculated) about Cortney’s story line, the premiere season of Before the 90 Days is one of my favorite seasons of any reality show ever! It’s SOOOO great! (And that’s from someone who has been watching reality show for a living for 10 years lol) If you haven’t seen the show yet, or if you are just as hooked as I am, be sure to tune in for new episodes of Before the 90 Days airing Sunday nights at 9/8c on TLC.