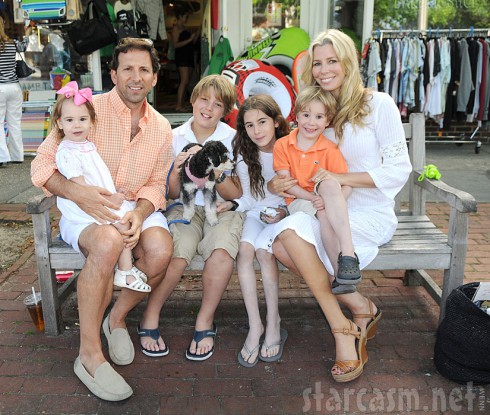 The Real Housewives of New York City fans seem to be really enjoying Season 5, thanks in large part to Bravo’s overhaul of the cast and infusion of lots of fresh new faces to go along with Big Apple drama mama stalwarts Ramona Singer, Sonja Morgan, and Countess LuAnn DeLesseps. One of the fan favorites, or at least one of our favorites, is Aviva Drescher, who is sharp as a whip and neurotic in charming and non-Bensimonic ways.

But Aviva isn’t just an amazing Bravolebrity, she’s also an amazing wife to investment banking husband Reid Drescher, and an amazing mother to four beautiful children: Harrison, 10, Veronica, 9, Hudson, 4, and Sienna, 1. The entire family was photographed out and about in The Hamptons’ Southampton Town on Friday (above) as well as The Real Housewives of New York City Season 5 premiere viewing party hosted by Aviva and held at Frames bowling alley in NYC: 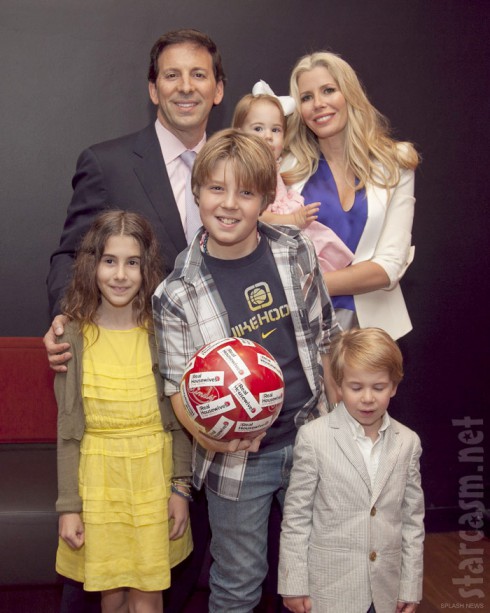 As you probably already know, Aviva and Reid met by chance while shopping at Bed Bath & Beyond. Both single parents of one at the time, their children (Aviva’s son Harrison and Reid’s daughter Veronica) played together in the aisles. It wasn’t long before the two families merged into one as Aviva and Reid were later married and eventually had two children (Hudson and Sienna) together. 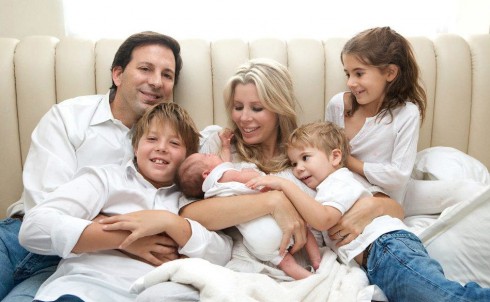 Congrats to Bravo and to Aviva on the successful new season!

UPDATE: Here’s another great family photo of Aviva, Reid, and the chilluns from Twitter: 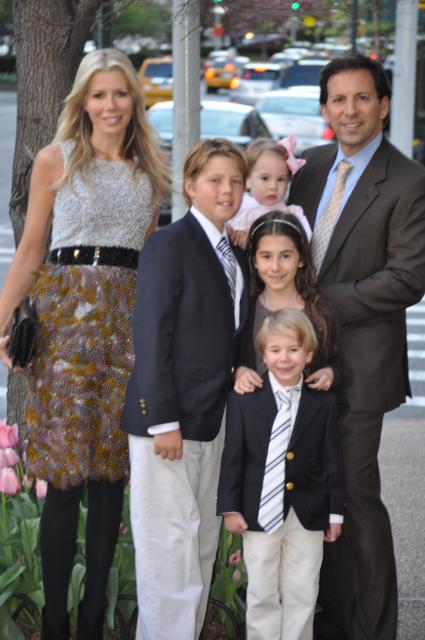