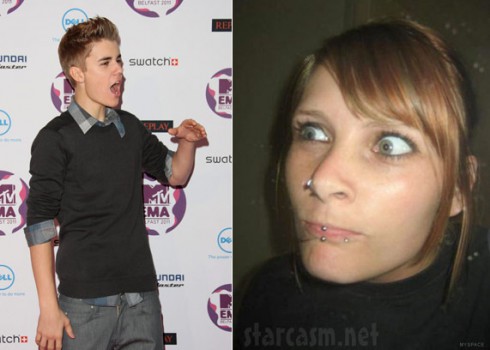 The saga of Mariah Yeater and her paternity claim against Justin Bieber kept chugging along this weekend as TMZ is reporting that the Biebs will submit his DNA for a paternity test.

According to sources, the lawyers representing Bieber are now going to address this situation head on. They are not only going to submit DNA testing but plan on suing Yeater to make an example out of her. The young star is over in Europe right now and plans on submitting his proof as soon as he returns in a couple of weeks.

The lawyers for Yeater were quiet at first after news broke that Bieber plans on suing. Perhaps a little gun shy now? Anywho, they finally spoke and stated that they were glad to hear that Bieber would be clearing things up and that they weren’t scared of the counter-threat.

“The paternity suit was filed in good faith and it will continue despite the threats.”

The way this whole story is shaking out I think that the “good faith” of their suit is gonna come right back around and bite Yeater where the sun don’t shine and the money of Bieber shall not rain. I’m not trying to sound like a Yeater-Hater but after seeing her mug shot from slappin’ her ex after that dude said the baby wasn’t his I’m just a tad weary of her credibility.