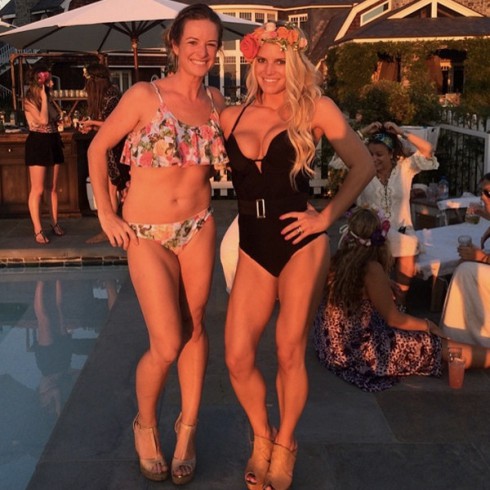 The stunning mother-of-two/new fitness fanatic showed off her super toned body in a belted one-piece swimsuit — that appears to have some kind of push-up bra feature. She said of the top picture, “Oh yea girl… We are proud to be in our bathing suits!! @baylormcg #hardworkpaysoff #workoutpartnersforlife”

Jessica, who had her own wedding last month, even stole the show in a group picture of the 19 bridal shower guests. (She’s second from the right, but I doubt you need me to point that out!) 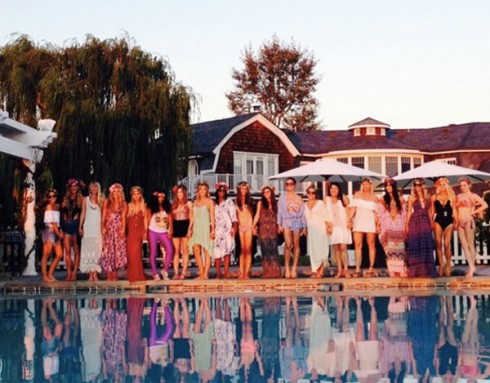 Despite Jess’ statement outfit, the day was all about Ashlee, who reportedly plans to tie the knot with Evan Ross at Diana Ross’ Connecticut estate on Aug. 31.

PHOTOS Jessica Simpson is pregnant and expecting her third child