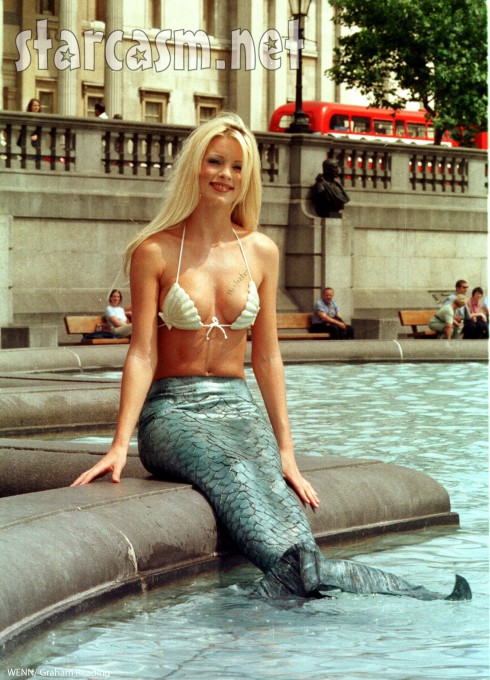 A strange two-hour documentary style television special called Mermaids: The Body Found aired this May on Animal Planet, and then again recently for “Monster Week,” leading many people to believe that scientists had actually found evidence of the existence of mermaids.

As desperately as I want this to be true (I wanted to be a mermaid when I grew up,) it’s not, it’s pure fiction.

The show was made in a documentary style, and aired on a channel that mostly shows fact-based documentaries. It also offered no disclaimer to those viewing the two-hour program, so the audience had an opportunity to get majorly confused. Animal Planet did release this statement: “the film is science fiction, using science as a springboard into imagination.”

Actors played scientists, and lots of CGI was involved, but that didn’t stop people from wanting to be drawn in.

Here’s the gist of what Mermaids: The Body Found is about, from Wikipedia:

Two former National Oceanic Atmospheric Administration scientists, after investigating mass stranding of whales, claim to have recorded mysterious underwater noises coming from an unknown source. This sound resembled a sound previously recorded in 1997, called the “bloop”. They recovered 30% of the remains of an unknown creature from inside a great white shark which was said to possess attributes of the human body. They alleged that the marine creature had hands, not fins, and the hip structure of an upright animal. These findings, along with many others led the team to determine that this unknown animal was very closely related to humans — a mermaid.

The first airing of the show in the U.S. (it had actually aired the year before in Australia) created such a stir that the real National Oceanic Atmospheric Administration had to issue a statement that they have no evidence that mermaids exist:

“Mermaids – those half-human, half-fish sirens of the sea – are legendary sea creatures chronicled in maritime cultures since time immemorial . . . But are mermaids real? No evidence of aquatic humanoids has ever been found.’

Say it isn’t so NOAA!

Even with these statements from Animal Planet and NOAA, there is a steadfast group of people who persist in believing in mermaids, some even believing that the government is trying to cover up evidence of the existence of mermaids.

Here are a few interesting comments from an article about the show on webpronews.com (these have not been edited for spelling, grammar, or typos:)

Debbie: “I beleive there are mermaids. I’am not sure exactly where. Probably not in our atmospher. But in the ocean some where. They are always finding different and rare fish and finding lost cities. Everyone says it is a myth. I beleive they live at a certain depth and where everything is pure and clean. There are areas in the ocean and areas where noone has been or has been able to get to. I’am sure they keep it that way for a reason.”

bl: “I think mermaids or man-like sea creatues exist. No matter what the feds say. One can never trust those who think they have ultimate authority.”

Alex: “This is just the government messing with ppl minds again hiding the truth…. its real and you are just part of their little group to cover it up and make it seem fake. f*** this whole article , its real the government doesn’t want the public to know certain things.”

joan: “I think mermaids to exist. . . Its like where did they get the word half human and half fish or what we call as mermaids now . . . . Its like a gost others believe on it others dont but they exist right . . .”

cc: “I think the media is full of bull****…..Mermaids are probably real and the media/government are probably messing with our heads to see our respond to a radical story….well since people freaked the hell out now they need to cover it up/ shut us up.”

danie: “I think this article was only written for the governments sake. This article has given no evidence that mermaids are not real, as to where the video gave many points as to why mermaids do exist, infact there were scientist on the documentary. The government is just covering everything up.”

Wow, this government conspiracy stuff is a little over-the-top, but no one is ruling out completely the existence of mermaids (or some sort of aquatic ape scenario,) it’s just that this show isn’t proof that they do exist.

Here’s an interview with the fauxamentary’s creator Charlie Foley, Animal Planet’s senior vice president of development, who took six years to make it.

Foley says that the theories presented were “rooted in science.”

“The mermaids you’ll see in the special were born from the scientific evidence that exists in other real evolutionary theories.This informed us on the physical characteristics mermaids would share with humans and which attributes they would have acquired through evolution in order to live in our oceans.

“For example, mermaids most likely would not have hair, since that would cause much drag moving through the water. And, like other marine mammals such as dolphins and whales, the mermaids have a type of countershading – a dark blue shade on the top and a paler shade on the underside. This is a form of camouflage – when you look down at the creature from above, the dark blue skin tone blends against the dark blue of the water. Whereas if you are looking up at the creature from underneath, the paler shaded skin blends against the lighter surface.”

Woman arrested for cancer scam while in route to appear on Dr. Phil