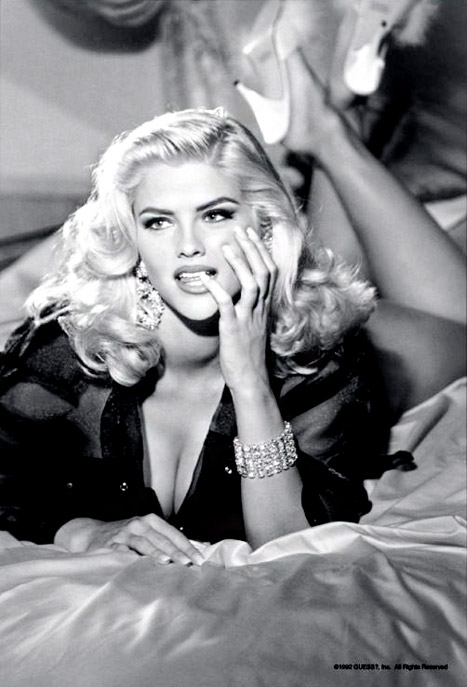 In anticipation of the Lifetime biopic of Anna Nicole Smith starring Agnes Bruckner that airs Saturday night at 8 PM, here are some of the blonde bombshell’s stunning Guess ads.

Anna Nicole had a crazy, drama-filled life that ended in a nightmare. She was a blatant gold-digger and a hopeless drug addict; a pretty girl with a bad childhood who decided to use her body to make money any way she could but without ever finding anything close to peace and happiness. It’s a modern drama that plays out again and again. But for Anna Nicole (real name Vickie Lynn Hogan) the golddigging was an epic media tale and the modeling (nude and otherwise) was extraordinarily successful and influential.

Her reality show was one of the biggest train wrecks we’ve ever seen on television. We’ve tried many times to top it, but I don’t think we’ve been able to. She was a walking tabloid, and it’s hard not to remember her like that. But the Guess ads prove that she was a damn good model. There are lots of pretty girls in the world, a lot of them prettier than Anna Nicole, most with more elegance, but she had a magnetism, a certain something you can’t deny that comes through in the photographs. Je ne sais quoi.

An interesting fact: It was Georges Marciano, co-founder of Guess, who convinced Vickie Lynn to change her name to Anna Nicole. 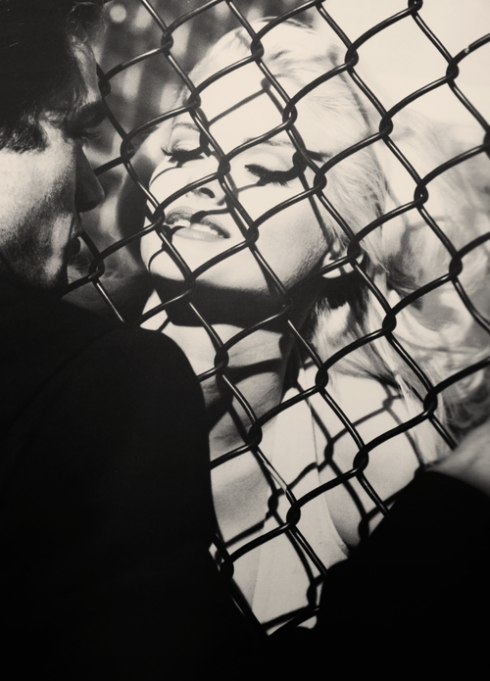 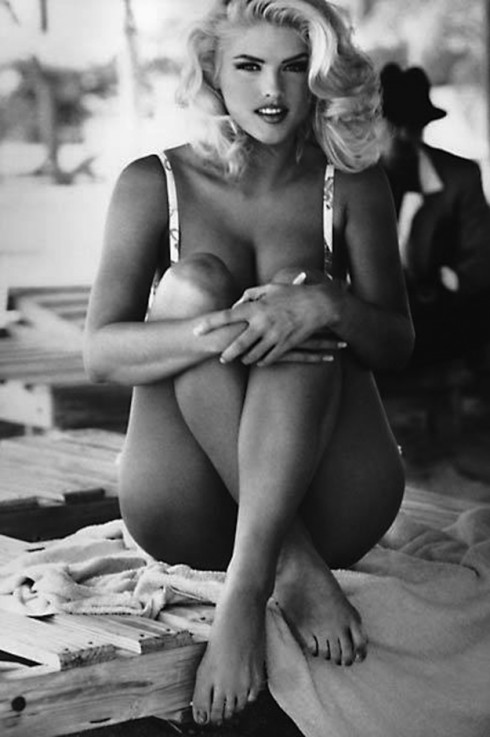 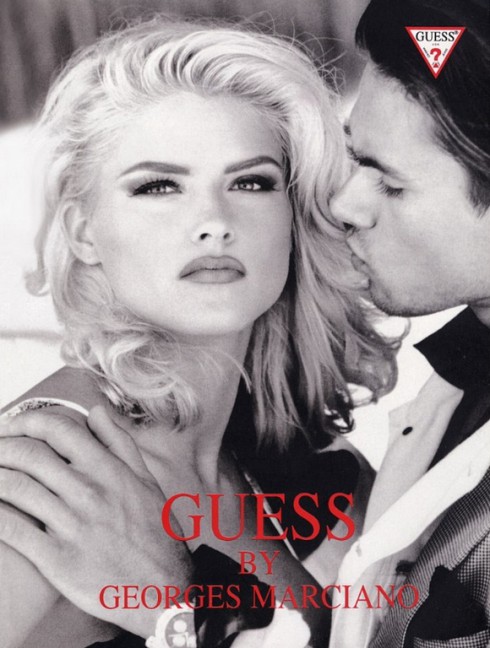 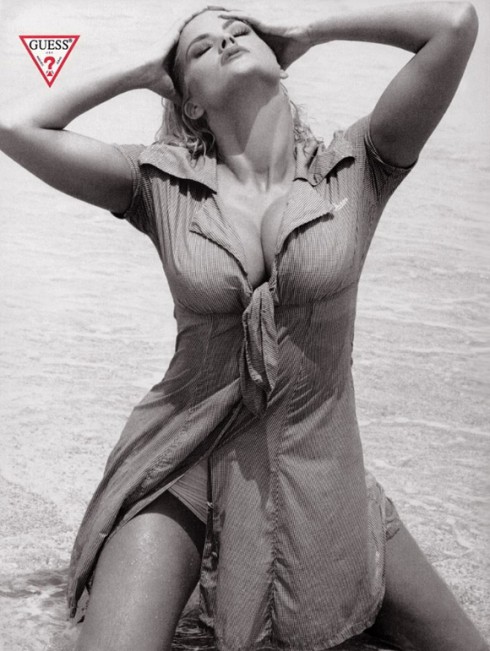 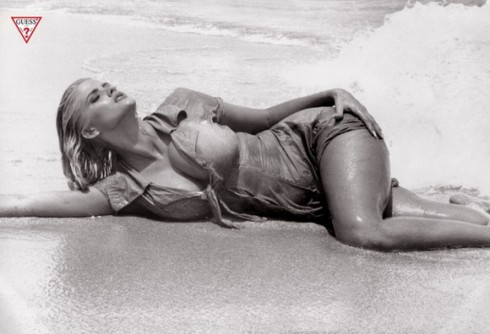 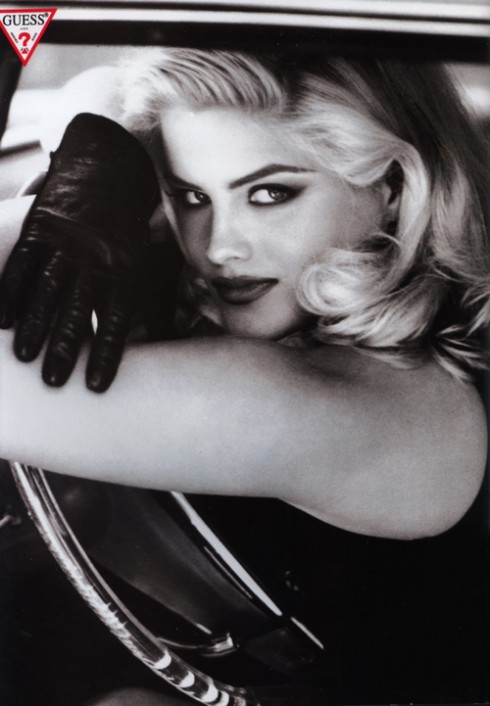 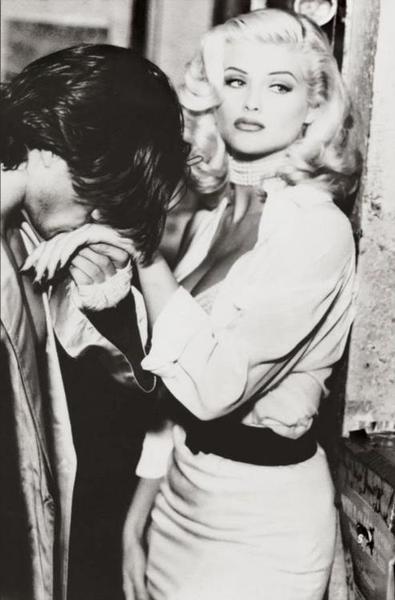 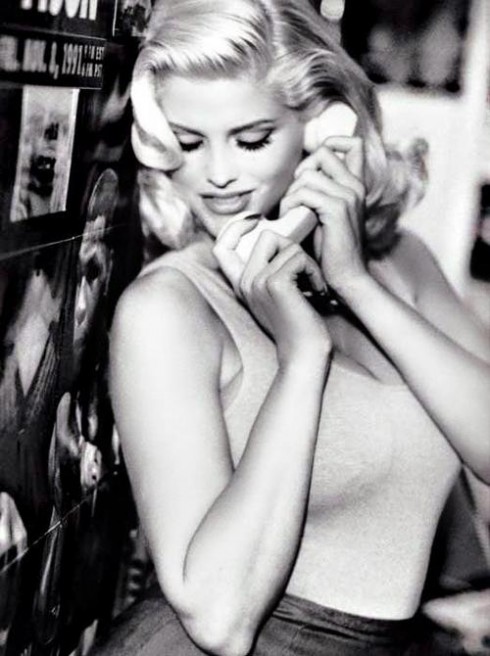 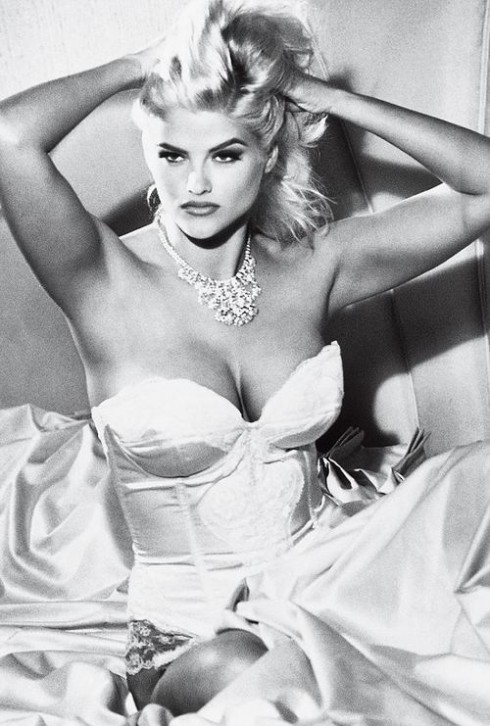 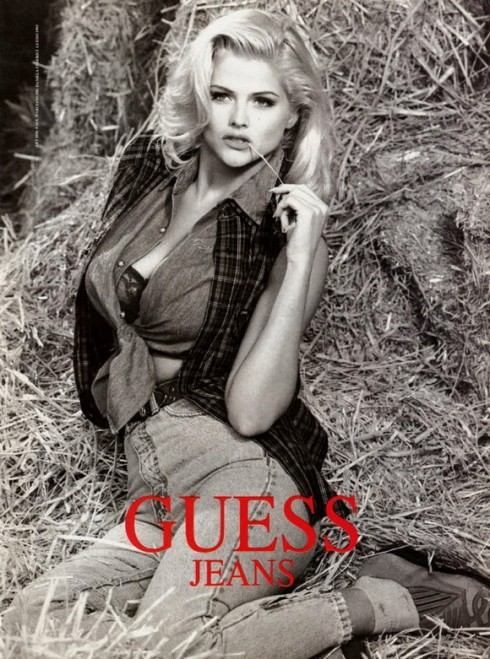 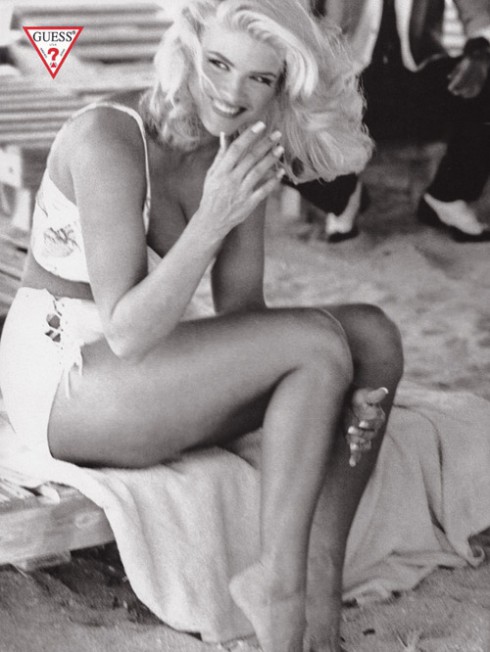 Anna Nicole’s six-year-old daughter Dannielynn Birkhead has carried on her mother’s legacy as a Guess model. Anna Nicole died from a drug overdose when Dannielynn was only 5 months old. After decades of legal fights involving the estate of her late mother’s late husband J. Howard Marshall, who Anna Nicole wed when he was 89-year-old, Danielynn was awarded sanctions up to $49 million.

Wendy’s denies hidden message in new logo, what do you think?