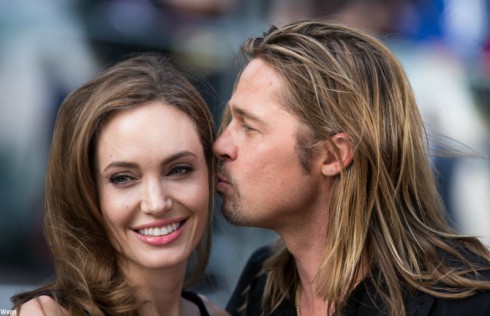 Two weeks after filing for divorce from Brad Pitt, sources close to Angelina Jolie reveal that the actress and her children have started therapy.

A source told People that Angelina is “staying strong for her kids” and that “it’s been a traumatic situation.” She and her 6 children spent the first week after the filing in a rental home in Los Angeles. “She did what she felt she had to do to protect the safety of the kids,” says a source adding:

“They didn’t leave the rental house for days. It was hard for all of them. They are used to more activities and more entertainment so it’s difficult for them to just stay at the house. The younger kids don’t understand what’s going on.”

A source close to Pitt said he’s “been absolutely devastated and heartbroken by the events of the past several weeks, both in terms of how those events have been wrongfully portrayed and how they have threatened to jeopardize his family’s ability to heal and move forward,” adding, “Brad loves his children more than anything in this world, and they matter more than anything else to him. He will do whatever it takes to be with them, now and always.”

Pitt and Jolie agreed to a temporary plan on September 30th in which the kids will remain with Jolie until October 20th and Pitt will be allowed visits. All parties have agreed to individual counseling with Pitt also agreeing to undergo any and all random alcohol and drug tests.