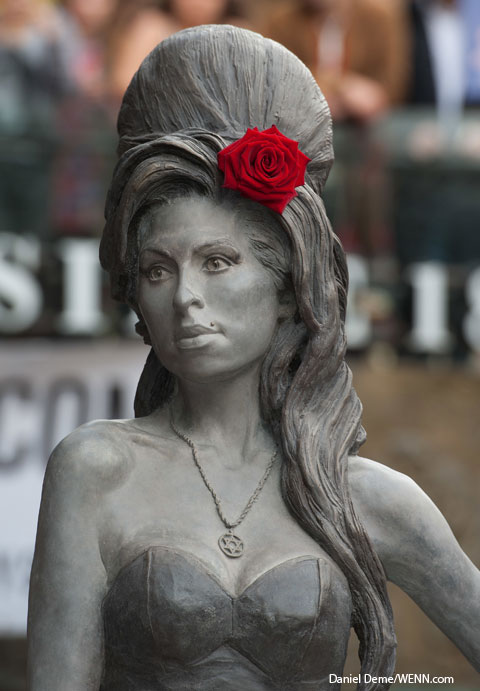 Yesterday, on what would be the late singer’s 31st birthday, a statue of Amy Winehouse was unveiled in her favorite London neighborhood, Camden. The statue was made by sculptor Scott Eaton, who worked with her father Mitch to give the figure and “attitude and strength, but also give subtle hints of insecurity.”

“The hand on the hip, the turn of the head, the grabbing of the skirt, the turned in foot – these are all small elements that contribute to the personality of the piece,” he told the BBC in an interview about the piece. 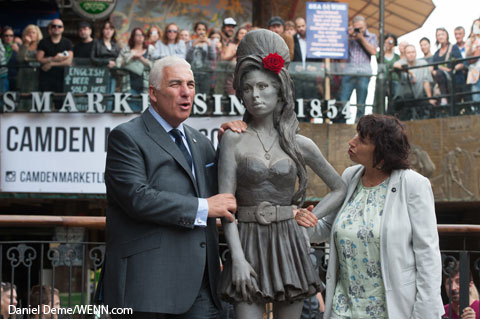 “It’s a day of incredibly mixed emotions,” Mitch told the Guardian. “They don’t put statues up for people who are with us anymore so it reinforces the fact that physically she’s gone but spiritually she’ll never leave us. I feel sad, very, very sad.

“We shouldn’t be here but we are, this is the reality and we’ve just got to make the most of it. So this statue is part of making the most of it. Getting people to come here, spend some time with Amy and put a flower in her hair and remember her in a very positive way. That for me is wonderful.” 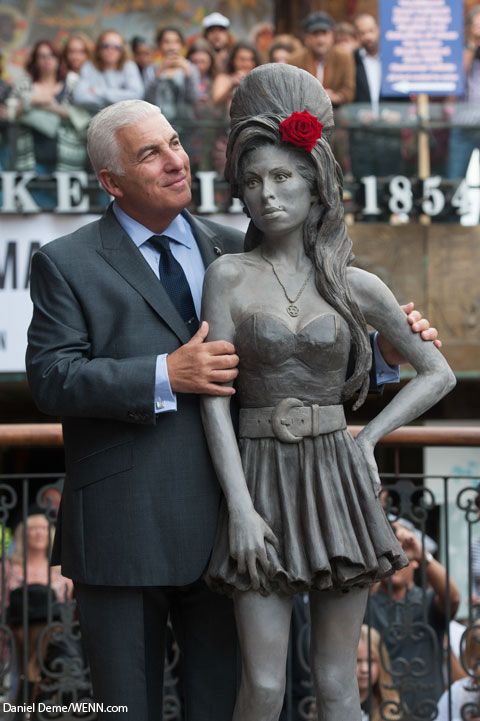 Amy’s mom Janis Winehouse was also at the event. “It’s just a wow, a definite wow,” she said. “I am pleased with how the statue turned out because you can see that it’s Amy. It is soon but it was beyond our control – events overtook events but we’re very proud of it. Camden is Amy’s place, it’s where she belongs.” 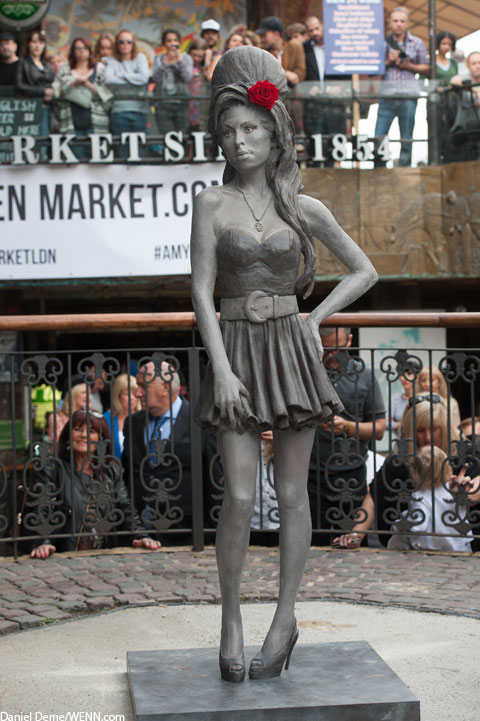 The statue features Amy’s signature beehive (which a splash of vibrant red,) but her ever-present thick wing of black eyeliner is underplayed. Instead of the sly, flirty look she often gave photographers when she was dressed up for an event, the statue has a sad, longing, faraway look.