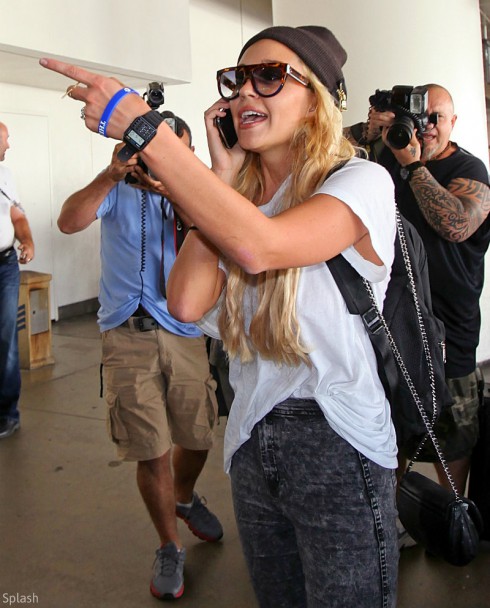 Hours after accusing her father of incest and then retracting her statement by explaining the microchip in her brain made her say it, Amanda Bynes arrived back in Los Angeles and was swiftly placed on a psychiatric hold at a treatment center.

According to TMZ, Amanda believed a driver was taking her to The London Hotel to meet with her parents. Instead, she was taken to the Las Encinas Hospital where doctors placed her on an involuntary 5150 hold, which is automatically active for 72 hours, but can be extended for 14 days. Rick and Lynn Bynes met Amanda at the facility with their attorney and cops. They reportedly plan to reestablish their conservatorship and take back control of Amanda’s financial and health-related decisions.

It’s unclear what action put Amanda over the threshold to qualify for a 5150 hold, which generally requires a person does harm to herself or another. 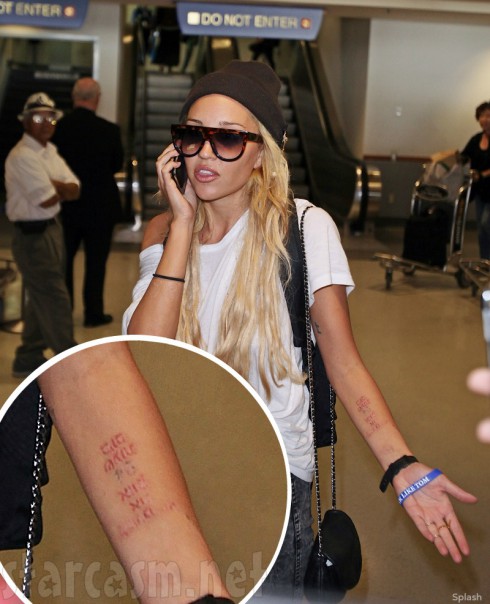 Upon arriving at LAX, paparazzi say Amanda appeared lost. She eventually found her way to a horde of reporters and photographers out front and later stood in the middle of the road, based on a video obtained by TMZ. She seemed to direct her comments to reporters into the cell phone she was holding against her ear.

Her last tweet was about how Sam Lutfi is like a brother to her. He is best-known as Britney Spears’ controversial ex-manager who was accused by Lynne Spears of “preying” on her daughter’s vulnerabilities during Britney’s 2007 meltdown. After Amanda was placed on the psych hold, Sam said “she’s in good hands now.”

Earlier in the day, Lynn Bynes defended her husband of 47 years against Amanda’s claims of incest.

“Rick has been the best father and husband a family can ask for. He has never abused Amanda or our other children physically or sexually,” she said in a statement to People. “These allegations stem from Amanda’s mental state at the moment. They have no basis in reality. It saddens me beyond belief that my husband’s character could be slandered in such a way.”

Amanda’s older siblings, Jillian O’Keefe and Tommy Bynes, also said in a statement to TMZ that they were “disturbed beyond words” by the fabrication Amanda created “to avoid getting much needed help or treatment.”

Lynn, who technically held Amanda’s last conservatorship, said in April that Amanda has “no mental illness whatsoever.” She said her daughter’s problems were all due to marijuana use. She added, “She is very sorry for all the hurtful tweets, statements and actions that occurred while she was under the influence of marijuana.”

Lynn reportedly decided to let Amanda’s conservatorship expire during the summer because she believed her daughter would stay on the straight-and-narrow. Since then, it seems the Bynes family has realized it isn’t that simple.

Amanda Bynes’ drastic make-over: before and after photos