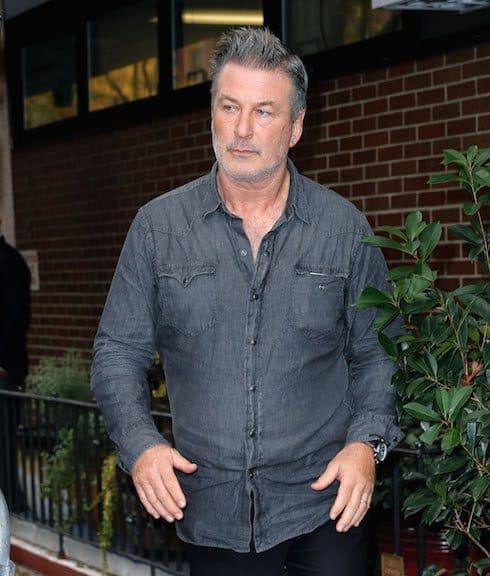 CELEBITCHY – Alec Baldwin was arrested over the weekend and charged with assault after allegedly punching another man in the face in a dispute over perhaps the most Manhattan thing to possibly fight for: a parking space

THE BLEMISH – Sports Illustrated swimsuit model Kate Wasley took to social media to show how easy it is to photoshop an image for consumer approval (and how quickly one can do it). If you were still laboring under the delusion that Instagram is basically the same thing as real life, you’re about to be disappointed

DLISTED – “Justin Bieber got a face tattoo in honor of Hailey Baldwin” is a great headline, but, because his face is the more valuable of those two things, it turns out the tattoo is…pretty hard to spot

VOX – In case you hadn’t heard, Election Day is tomorrow. Here’s a handy dandy list of the hours the polls will be open in every single US state

THE BLAST – Keeping Up With The Kardashians finally got to the part in its own news cycle when Tristan cheated on Khloe. Which means the show is seven months behind reality, in case you’re keeping track

JEZEBEL – Hot cocoa M&Ms are a thing this year and I’m calling it now: By this time next year, hot cocoa-flavored stuff will be as omnipresent as pumpkin-flavored stuff used to be every autumn

LAINEY GOSSIP – Bohemian Rhapsody is getting pretty mixed reviews, but star Rami Malek is regularly singled out as the best thing about the film. So here is a red carpet photo gallery of Rami at the Bohemian Rhapsody premiere (plus a couple shots of Rami with Brian May and Roger Taylor of Queen. Brian’s hair still looks amazing!)

THE ASHLEY’S REALITY ROUNDUP – John-David Duggar, the third-eldest child of Jim Bob and Michelle Duggar, married Abbie Burnett over the weekend. They held their wedding reception in an airplane hangar, which is something new