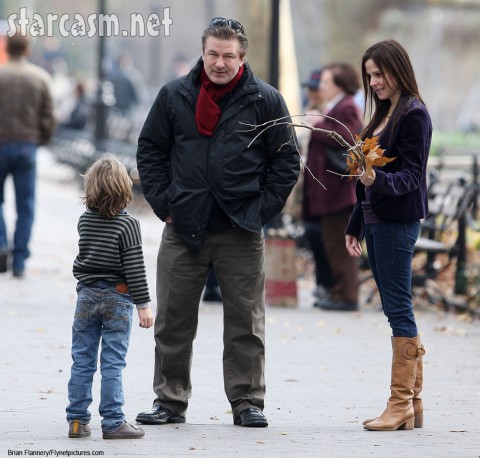 Alec Baldwin and Mary-Louise Parker were caught hanging out together on Thanksgiving in Washington Square Park in New York City. Parker’s son, 5-year-old William Atticus, was also there and can be seen asking Alec what his intentions are with his mom.

Could the 51-year-old 30 Rock star, and 45-year-old Parker be striking up a little romance? They’re both single at the moment and they appear to have spent Thanksgiving together, so there might be sparks flying! This might be a pretty good match, as long as Alec stays current with his anger management classes and therapy. 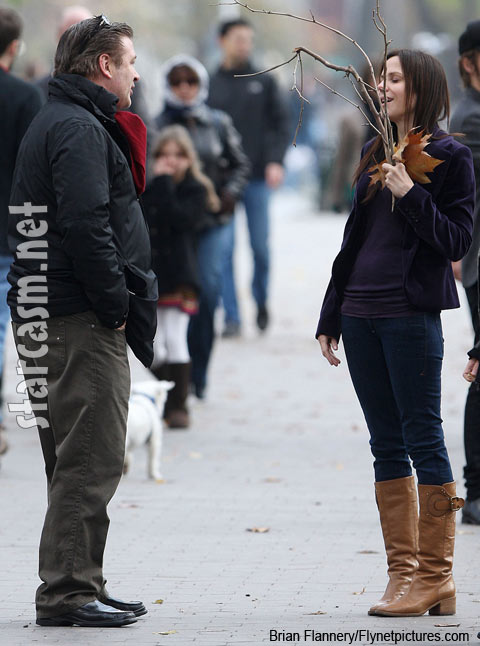 All above photos: Brian Flannery/Flynetpictures.com
(Click any of the pictures to see larger images in the gallery)


UPDATE! Starcasm has a source living with a Baldwin who tells us that Alec and Mary-Louise’s urge to merge isn’t personal but professional! It seems NBC has worked out a deal with Showtime to air a new series with all the wackiness of Jack Donaghy and the wacky weedness of Nancy Botwin called 30 Weeds: 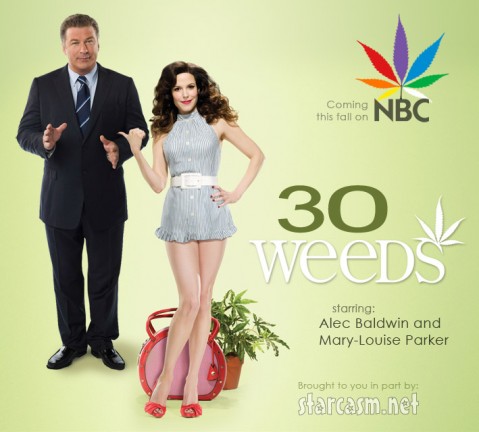 The show takes place after the legalization of marijuana, which of course Alec’s character Jack fought vehemently against in a losing battle. Jack’s doobiephobia is erased when he meets Botwick on the Subway and she explains to him the kind of money that can be made in the exploding new industry. Jack launches his own pot-only network called The Hemp Channel (THC). As a stab at GE, the new company also makes grow lights and adult easy bake ovens for brownies which are cleverly named “Easy Baked Ovens.”

No word if Tina Fey is on board. I doubt it because once you get more than one hot petite brunette on a show it starts to get confusing, especially for folks that are completely stoned.

Nah, there ain’t no pot-themed Baldwin/Parker joint in the works! I have to admit it started to sound like a pretty marketable idea by the time I was through! Alec and Mary-Louise were hangin’ together on Thanksgiving, though. I’ve always though MLP was an attractive woman, but I might have to rethink that if she changes her name to Mary-Louise Baldwin. Ooof!!

Did Shaq use his son to deliver death threats to his Ex’s boyfriend?