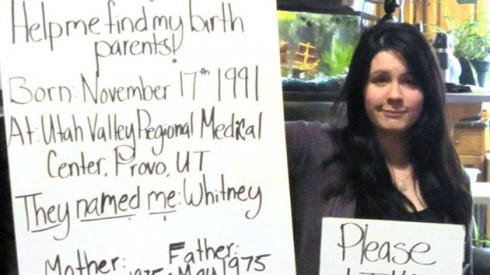 On Jan. 27, Jenessa Simons, a 21-year-old Utah woman who was adopted more than two decades ago, posted a picture to Facebook asking for help in finding her birth parents.

“Everyone on Facebook’s been posting posters like, ‘One million likes and I get a puppy,’ and I thought, ‘Hey, these are getting shared around. I’ve seen kids get likes and get a puppy, so I should probably give it a shot,’” Simons told KSL.

Two days and 124,000 shares later, an old classmate of Simons’ birth mother saw the post and put the two women in touch.

“She sent pictures of me as a baby that my mother had given her,” Simons told ABC News affiliate KTVX-TV.

As the story got picked up my national media outlets and Simons story gained more attention, she decided to use the publicity to help others searching for long-lost relatives.

“This page has gone crazy and I would love to turn it into a resource for others to help find birth parents,” she wrote.

Simons’ Facebook miracle seemed impressive enough — but could it happen again? That question was answered when Natalie Jarvis, a women from the other side of the country, shared her own appeal on Simons’ wall. 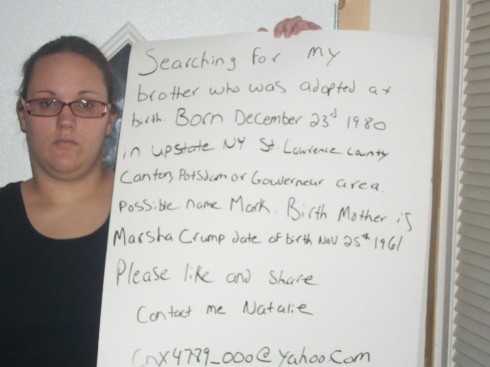 Just days later, Jarvis shared the update “He is found! Thank you everyone for your support.”

Dozens of others have shared their own pictures and stories on Simons’ Facebook wall. Although there are services in place to connect birth parents with children (and siblings, as is Jarvis’ case), they simply don’t connect as many people as the mega social network that is Facebook. It’s pretty incredible to think that Facebook can be used for something other than political rants!