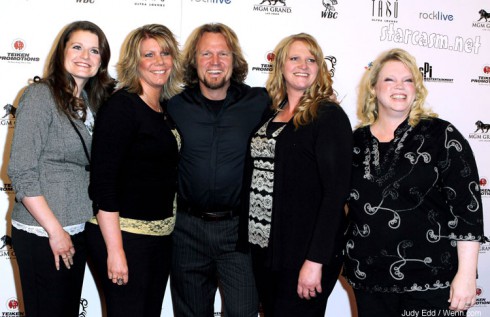 The Brown Family of TLC’s Sister Wives fame have 22 mouths to feed (17 kids, 4 wives, and one dad/husband,) and have had to move from their home in Utah to four separate residences in Las Vegas, Nevada because of a threat that their family may be broken up due to state laws. First wife Meri lost her job after they went public with their life, Robyn left her job to join the family, and the main breadwinners Jenelle and Kody had to leave their jobs behind when they moved. Their move and living expenses afterwards came mostly from what supposed to be their retirement savings, and many of the kids are nearing college age. Soo, how does this huge family support themselves?

Their position as reality stars have opened them up to a lot of scrutiny (and legal fears) but it’s also helped a lot of people be more open minded and accepting. It’s also given the Browns a lot of opportunities to build new businesses and partnerships in order to support themselves and get back on their feet financially.

Here’s a list of the businesses and projects Kody, Meri, Christine, Janelle, and Robyn are involved with:

As part of their ongoing journey to lose weight, improve their health, and help others do so, they have partnered with a LIV International (they’re the ones who gave them the car as a bonus,) promoting a supplement detox program. They are also opening up a gym and health website with Las Vegas personal trainer Bill Suesz, called Fundamental Fitness.

Janelle is also gearing up to blog about her weight loss experience on a blog called Losing it in Las Vegas.

They’ve launched their own website KodyBrownFamily.com, and they’ve written a book, Becoming Sister Wives. Click here to get a dose of what’s in their tell-all.

They have plans to fully launch a clothing and jewelry store at MySisterWifesCloset.com.

Both Jenelle and Christine are working on their real estate licenses and plan to work together, and according to their book, move in together.