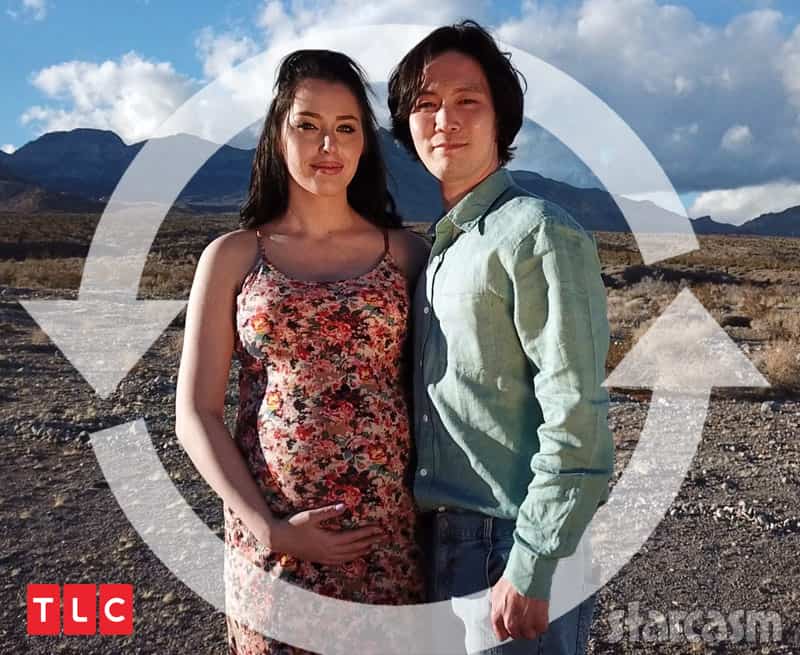 We are currently four episodes in to TLC’s new series 90 Day Fiance: The Other Way, but we have still yet to meet one couple. That all changes tonight when viewers FINALLY get to meet 22-year-old Deavan from Salt Lake City, Utah and her 29-year-old South Korean fiance Jihoon!

If you’ve watched the 90 Day Fiance: The Other Way preview trailer, then you already know that Deavan is pregnant with Jihoon’s baby. Their official TLC bio reveals a little more background info:

After hitting it off on a dating app, Jihoon flew to Utah to meet single mom Deavan in person, and they wound up getting pregnant the first night they met. Deavan hopes to get married and move to South Korea, but the language barrier and lack of proposal aren’t the only things holding her back: Jihoon’s parents may not bless their marriage after the dishonor of getting pregnant out of wedlock. With her three-year-old daughter from a previous relationship and a soon-to-be newborn baby in tow, Deavon must overcome all obstacles in hopes of moving with her children to South Korea to be with someone she’s spent hardly any time with in person.

And here is a preview clip teasing Deavan and Jihoon’s debut:

UPDATE – Another preview clip with more of the couple’s origin story:

For those of you who are a little impatient and want to know more about the couple, we put on our 90 Daytective hats and our “evuhdense” binder to fill in the blanks with a little more background info, and a lot more spoilers! (Scroll down to the bottom for the spoilers.)

Deavan, who is now 23, was born to parents Elicia and Steve Clegg. There’s not a lot of information available online about Steve, but the same cannot be said for Deavan’s mom Elicia!

In addition to being a, um, very opinionated YouTuber, Elicia is also the author of six books. At least two of those books feature Deavan on the cover, but only the one titled Vexation looks to still be available to buy in printed form. You’d better snatch up your copies quick, though, because they are sure to become quite the 90 Day Fiance collectable! (Elicia’s other books look to be available to download digitally.)

Deavan’s mom says that she and Deavan’s dad Steve Clegg have been best friends for 27 years, together for 21 years, and married for 17 years in July. It’s not hard to do the math and realize that Deavan was born somewhere in the “best friends” period and before Elicia and Steve were “together.” I don’t anything more than that, and I won’t speculate.

Deavan is a bit of a model and has quite the portfolio of edgy, almost goth glam shots from over the past few years. No doubt that these are what initially caught the eye of Jihoon when the two first started talking via a dating app! (As evidenced by the meme’worthy clip above in which Jihoon can be seen scrolling through sexy photos of Deavan as he says: “I found Deavan. Super like! It’s Korean guy’s fantasy!”)

Clearly, Deavan is not just a Korean guy’s fantasy. ?

And just in case you like a little more goth with your glam, here’s one more:

DEAVAN HAS A DAUGHTER ALREADY

Jihoon is not just courting a potential bride, however. Deavan is a single mom who gave birth to her three-year-old daughter Drascilla in August of 2015. I could find absolutely no reference to Driscilla’s dad, so I assume that he is completely out of the picture. That is purely an assumption based on social media posts, though. 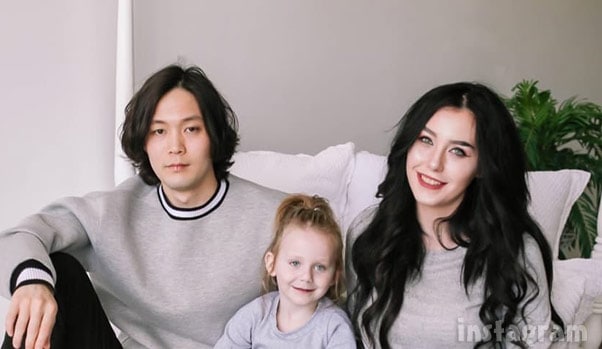 OK, so here is the Deavan and Jihoon timeline with info about Deavan’s pregnancy, birth, and where she is living now…

When did Deavan and Jihoon meet, and when did she get pregnant? Jihoon flew to the United States and spent roughly a month with Deavan and Drascilla in August of 2018. It appears as though Jihoon was completely confident that he wanted to marry Deavan because the two were already engaged by August 9.

Jihoon and Deavan’s daughter Drascilla seemed to really get along great, as evidenced by several photos and videos posted by Deavan.

Jihoon left around the end of August / beginning of October, and he got quite the going away present! The day before he left to return to South Korea, he and Deavan found out she was pregnant!

In December, Deavan’s mom Elicia shared a gender reveal video on her YouTube channel, which announced that Deavan was pregnant with a boy:

When Jihoon made his trip to the United States in August, it was already planned that Deavan would return the favor by flying to South Korea in November. Deavan left by herself (her daughter Drascilla did not make the trip) on November 11. She returned home less than one week later. It was during her time in South Korea that Deavan celebrated her 23rd birthday.

JIHOON RETURNS TO THE US

Jihoon would return for another US visit in February, at which time he and Deavan embraced her “edgy, almost goth glam” aesthetic for a Tim Burton-worthy maternity photo shoot:

Jihoon snuck a behind the scene photo from our maternity shoot so ready for baby boy #ldr #pregnant #maternityphotography #maternityshoot #maternityfashion #babyboy #southkorea??

What’s interesting is that Deavan can be seen wearing a different ring in many of the maternity photo shoots. I did a little scrolling and found a much better photo of Deavan’s new ring:

That is VERY different than her original engagement ring:

Not an engagement ring from wish.com ?? cute though @leejh978

I do not know the meaning behind the ring change, but I will point out that Jihoon is not wearing a ring in recent photos. Of course, wedding rings are not as prevalent in South Korea as they are here, so it could be that they got married in Korea and he is simply opting not to wear one? I really have no idea.

Adding to the confusion is the fact that Deavan appears to be wearing her original engagement ring again in recent photos.

Getting back to the timeline… As evidenced by the preview trailer, Jihoon would return to South Korea, and that’s where he was when the baby arrived.

Deavan had some complications with her pregnancy. She was placed on bed rest in early April, and her son Taeyang was born later that month.

Taeyang spent some time in the NICU, but looks to be home and healthy now. Due to their contract with TLC, the couple has not posted any photos in which Taeyang’s face is visible. However, Deavan has posted a couple photos featuring the new addition with his face edited out. Here’s one example with big sis Drascilla:

It’s kind of hard to tell what is going on right now with Deavan and Jihoon. Deavan posted on Friday that Drascilla’s flower girl dress was scheduled to arrive the following day, so I assume there is a wedding imminent.

Jihoon made a couple of Instagram posts on Saturday featuring photos and video of Drascilla, but it is unclear if he is actually in the United States right now or not.

If you are curious as to why Deavan and Jihoon did not make an appearance on the show until now, that is because producers did not sign them up until late. They may even still be filming — potentially including a wedding? I suppose we will have to wait and see!

New episodes of 90 Day Fiance: The Other Way air Monday nights at 9/8c on TLC. 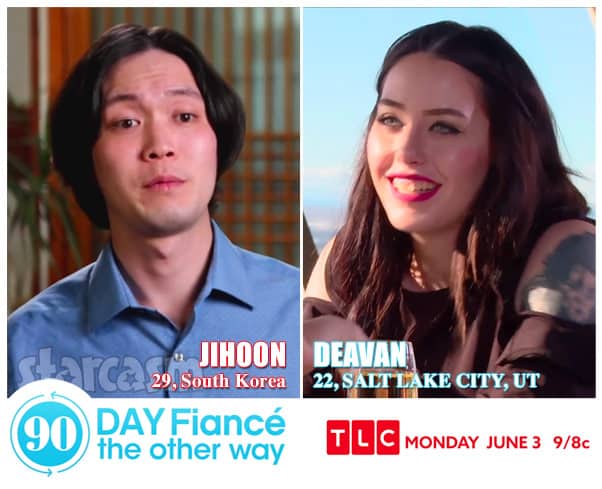 DEAVAN AND JIHOON ON SOCIAL MEDIA

You can also follow Deavan and Jihoon on social media — which looks like a fun thing to do — at these links: