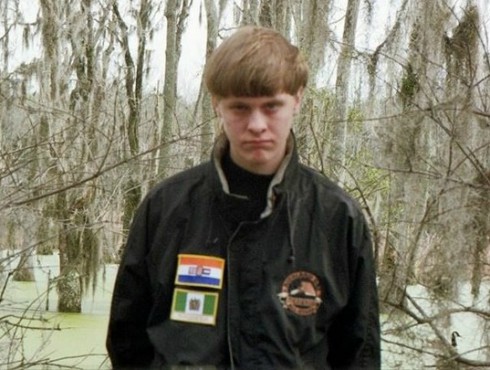 Nine people were murdered last night while praying at the historically black Emanuel African Methodist Episcopal Church in Charleston, South Carolina. The killer is still on the loose, but FBI investigators announced this morning they believe the crime was committed by 21-year-old Dylann Roof.

The Charleston Police Department is investigating the incident as a hate crime. CNN reports the shooter lingered inside the church for an hour and then told the parishioners he was there because, in his words, “I want to shoot black people.” In the picture above, Dylann is seen wearing a patches of the Rhodesian flag and the flag South Africa used during apartheid, which are both said to be akin to the Confederate flag and are considered racist symbols.

In a statement, NAACP President Cornell William Brooks said “There is no greater coward than a criminal who enters a house of God and slaughters innocent people engaged in the study of scripture.” 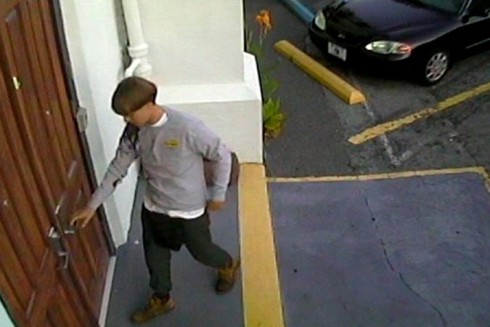 Among the six female and three male victims was the church’s pastor, Rev. Clementa Pinckney, who was also a state senator. There were three survivors. Charleston NAACP President Dot Scott told CNN that one of the survivor’s family members said the shooter told the woman he was letting her live so she could tell others what happened.

The Post and Courier reports the suspect, Dylann Roof, was arrested in March on a drug charge and in April for trespassing. As of Thursday morning, a manhunt is still underway for him; investigators believe he was acting as a “lone wolf.” For more complete coverage and developments, see The New York Times, CNN, and Charleston’s Post and Courier.

UPDATE Dylann Roof has been taken into custody in North Carolina, where he was found driving northbound.

Caylee Anthony’s grandparents reportedly sold their granddaughters toys in a garage sale. Should they have done that?