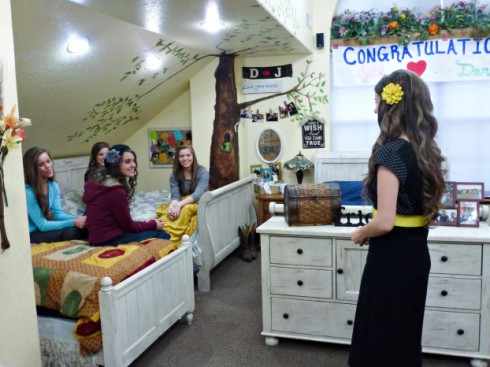 After the best-rated season in the show’s history, it should come as no surprise that 19 Kids and Counting has been renewed… Still, YAY!

TLC confirmed the ever-expanding Duggar family will return for more episodes in fall 2014. The news comes just after the finale pulled in a series record three million viewers. It was also the second most watched cable show for the night and the very best among key female demographics.

Although there will be plenty to keep up on over the summer — namely Jill Duggar and Derick Dillard’s wedding later this month — we don’t even have to wait that long for another taste of the Duggars… Cousin Amy Duggar will star in her own two-hour special on TLC next Tuesday, June 10 at 8/7c. I’m also keeping my fingers crossed for a Jill and Derick wedding special!

When 19 Kids and Counting returns in the fall, I wouldn’t be surprised to see another engagement (Ben Seewald and Jessa Duggar), another courtship or two (maybe Jana Duggar or one of the boys) and possibly a pregnancy announcement (Anna Duggar or newlywed Jill Duggar).