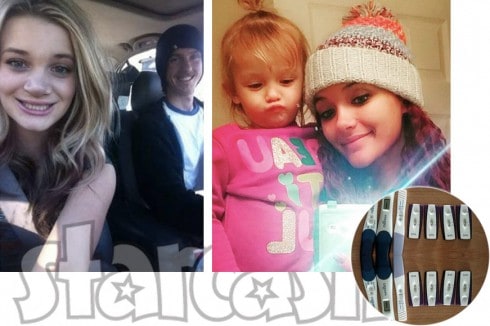 Congrats are in order to two moms featured on the 5th season of 16 & Pregnant!

Aleah LeBeouf  and Courtney Ames are each expecting their second babies.

Here’s recaps of their shows from Wikipedia and the show’s site for a quick reminder of who’s who:

Aleah Lebeouf is an 18-year-old from the Saint Louis area. She is pregnant by Shawn Burke, her boyfriend of two years that she met in juvenile detention. Shawn has custody of a young son, Noah, by another woman. Prior to the birth Aleah is surrounded only by supportive people including Shawn, her family, and Shawn’s family. The focus is on Aleah’s trying to manage the effect her Type 1 diabetes has on her pregnancy, along with hers and Shawn’s inability to afford a place of their own due to all of his speeding tickets. Their daughter Peyton Reianne Burke, is born on December 13, 2013, weighing 7 lb, 8 oz. Initially, Peyton has breathing difficulties which cause her to spend time in the NICU, but she goes home healthy when she is three days old. Three weeks after the birth, Aleah and Shawn have a major falling out when Shawn gets another speeding ticket. The episode closes with their efforts to keep their relationship together and become financially stable.

Courtney Ames is a 17-year-old high school senior from Woodland Park, Colorado who is pregnant by her boyfriend Scott. Since getting pregnant, Courtney has decided to be abstinent moving forward until marriage due to her religious convictions, which puts a strain on her committed relationship with Scott. Also, Courtney was born with a cleft lip and cleft palate, which required seven surgeries to correct. Her concerns about their forthcoming baby also having the same issues are confirmed with sonograms. Courtney moves in with Scott before the birth in order to provide the baby a stable family environment, but she insists on sleeping in separate bedrooms in order to stay abstinent, leading to further strain on the relationship. Dayton Cash is born on December 15, 2013, weighing 7 lb. He has a minor cleft lip that will likely be correctable with one surgery, and is otherwise healthy. In the weeks following the birth, the episode focuses on the stresses to Courtney’s and Scott’s relationship over unequal divisions of household labor and Courtney’s continued commitment to her renewed purity pledge.

Aleah shared the good news via Instagram writing, “Well, here it is everyone. I’m going to be a mama to a second wondrous miracle. To be honest, I was scared to death when I found out. & I wondered if I could share the endless love I have for Peyton with another child.. As it turns out, I can & I already do. So, here’s your very first introduction to the world, my sweet little baby. We love you already.”

Aleah’s Facebook fan page confirmed that she is no longer with the father of daughter Peyton, Shawn Burke, and that she’s been dating a man named Drake. 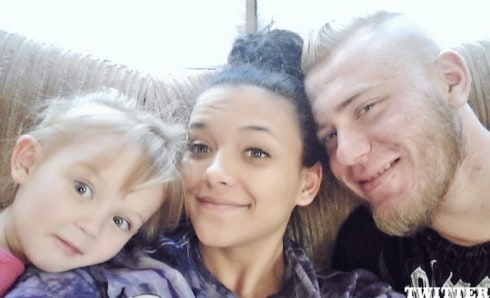 The 16 & Pregnant/Teen Mom Fans Facebook page shared the news about Courtney. “Congratulations to Courtney & Scott of season 5 on getting married in January & expecting another baby in October,” they wrote.

It looks like Courtney has deleted her social media accounts but the 16 & P/TM Fans page shared the following snaps: 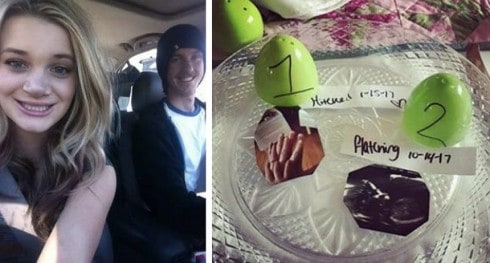 PHOTOS Two months after 16 & Pregnant, Jordan Cashmyer is working at a strip club