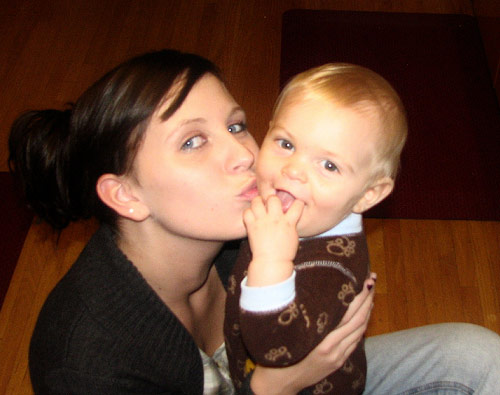 In a bit of sad news from the 16 and Pregnant front it appears as though the feel-good story of Aubrey Wolters Akerill and Brandon Akerill hasn’t ended happily ever after for the two of them.

If you remember from their episode the struggling couple decided to tie the knot and aside from some infamously sexist comments from Brandon seemed to be really good together and well on their way to being a happy family. But, after previously mentioning that they were having some problems, Aubrey posted this on her Facebook fan page earlier today:

Brandon & I are no longer together, we are simply just friends. You will see more on the follow up…

It sounds as though their break up will be talked about in a 16 and Pregnant follow-up special to be aired on MTV.

I hope the split was at least amicable and the transition is going well for little Austin Carter.