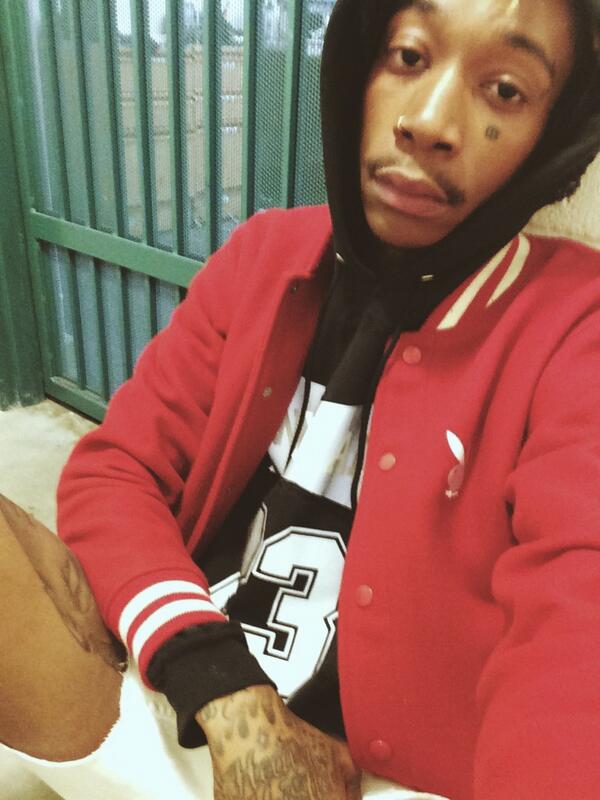 Old news: Wiz Khalifa running afoul of the law because of being in possession of some weed.

Rapper Wiz Khalifa was arrested early this morning at a Texas airport after a “green leafy substance” was discovered during a TSA check.

Wiz was trying to make his way from El Paso to Dallas when the “substance” was discovered. Khalifa was taken into custody and then turned over to the local po-po.

In what should be a shock to no one – the green substance was found to be marijuana according to law enforcement. Wiz was said to have had 0.5 grams of pot.

While cooling heels,  Wiz actually tweeted out the above selfie – FROM JAIL!

He’s already out and on his way to the Neon Desert Music Festival where he intends on dropping a new mixtape called 28 grams.