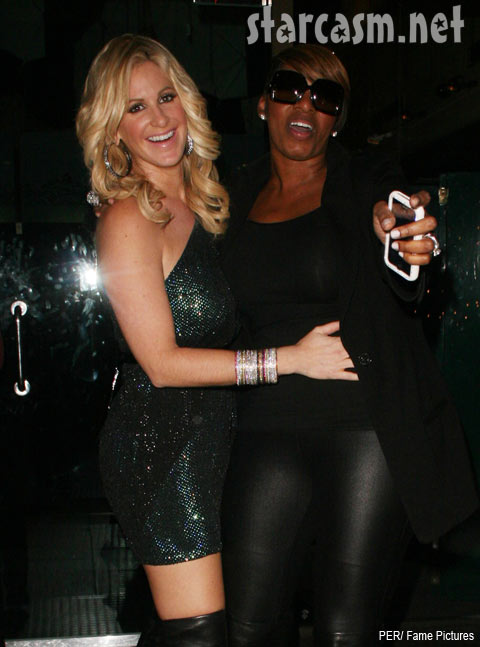 Nooooo! Could it be? The New York Daily News has a Bravo insider telling them that Kim Zolciak and Nene Leakes, the show’s most explosive castmembers are demanding more money to come back for Season 3, and Bravo’s willing to let them walk away.

Similar headlines came out about Jill Zarin and Ramona Singer when Bravo was in negotiations for Real Housewives of New York Season 3, but both of those women are reportedly coming back, so this may be more about between season buzz than real diva behavior.

Nene’s claimed that the Atlanta girls took home $100,000 for each episode for Season 2. If that’s true, it’s serious bank for Real Housewives, but they’ve got the ratings to back up the cash. If Kim and Nene are asking for a lot more money, Bravo should probably pay up or their most lucrative Housewives show might take a nosedive.

Whatever happens, Bravo is definitely casting a new Housewife for Atlanta to either be a sixth Housewif, or to replace Kim and Nene. No word on who she is yet, but this insider says it’s definitely not Tameka Foster Raymond because the entire Atlanta cast threatened to leave if they cast her.

Nene was starting to get annoying last season, but it would be really hard to watch RHOA without Kim, her wig, her implants, and her off-key singing. Face it Bravo, you need Kim just as much as Kim needs you. If she’s not with Big Poppa, someone needs to pay her bills. Just call yourself Big Bravo. She can’t just struggle by with her wig line, and “Tardy for the Party” royalties. Besides she’s still got another one-hit-wonder to drop with Kandi!