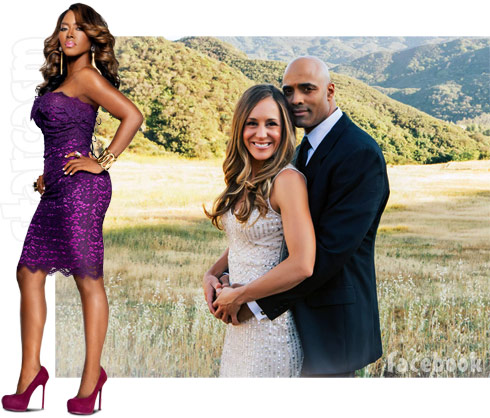 The Real Housewives of Atlanta‘s Kenya Moore is caught up in yet another fauxmance scandal as the fallout continues after it was revealed yesterday that James Freeman, the man she was reportedly dating (and engaged to, judging from a ring photo posted by Kenya earlier this month) after the two met on Millionaire Matchmaker, had actually gotten married to another woman in early April. That woman, Jaimi Gregory Freeman, is now speaking out — and things are looking Gone With the Wind crappy for Kenya.

“James was on Millionaire Matchmaker in September [2014] and I met him in December,” Jaimi tells Radar Online. “We met on Match.com and three months later we were engaged. Then on Good Friday, April 3, 2015 we got married. We just knew right away that we were in love.”

Jaimi reveals that Kenya and James’ on-screen romance wasn’t a complete farce, and that the two went on “two or three dates” after taping the show. James later told Jaimi that he and Kenya kissed and that was it. “He said she just wasn’t the right person for her, but he wished her the best,” Jaimi says.

After going months without communicating, Jaimi says Kenya recently reached out to James wanting to get together and celebrate the success of their episode, “but he told her that he had met someone and fell in love so it wasn’t appropriate for him to talk with her anymore.”

So imagine Jaimi’s surprise when Kenya Moore sparked engagement rumors by posting this photo of a rather elaborate ring on her finger while in Las Vegas for the Floyd Mayweather vs Manny Pacquiao fight earlier this month along with the caption, “Anything can happen in Vegas” along with a red heart: 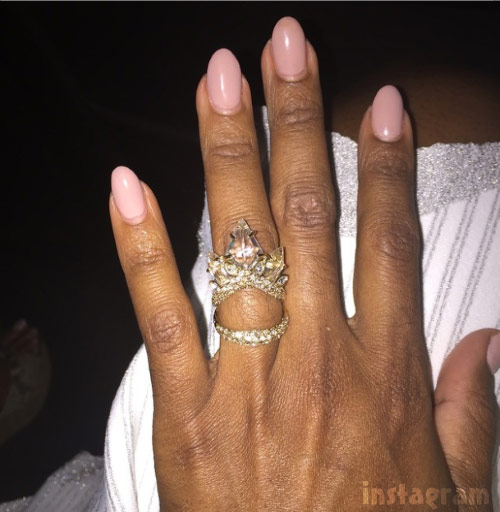 Plus, Kenya recently told Andy Cohen that she and James were still dating and that she was in love. “This was obviously a publicity stunt,” Jaimi says. “I know it was.”

In case you missed all the Kenyagate tea, here are a couple of links from the last 24 hours: