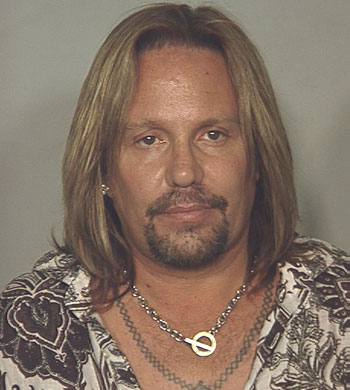 Radar is reporting that the Crue driver who may have had too many screwdrivers was charged with one count of D.U.I.- Liquor and was taken to the Clark County Detention Center where he was booked and held on $2,000 bail.  Police are not commenting on Neil’s recorded blood alcohol level but have verified that he was administered a field sobriety test.

Police are also investigating Neil’s possible involvement in an incident in which a fan’s camera was destroyed outside the Hilton Hotel.

Neil now joins two of his band-mates in the mugshot gallery of shame.  Here are drummer Tommy Lee and bassist Nikki Sixx styling and police profiling for the harsh mug cameras: 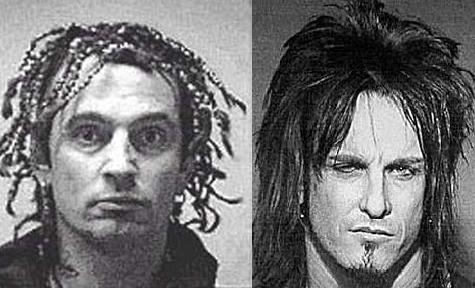 This isn’t Neil’s first run-in with the law.  He has been accused of assault on several separate occasions during his rock-n-roll career.

Tommy Lee’s son punched him in defense of Pamela Anderson, she says he deserved it