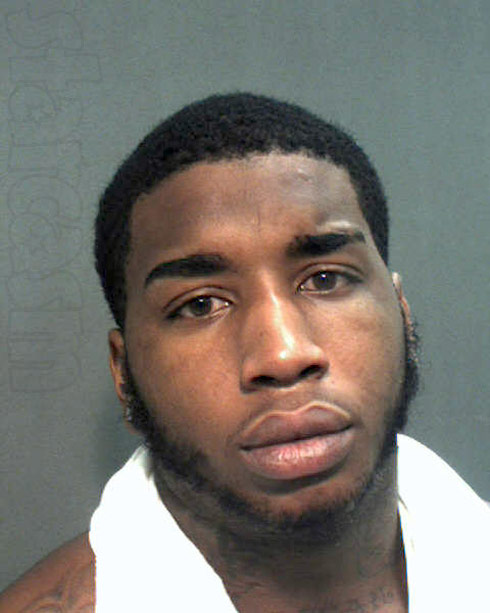 WFTV’s Carla Ray did a report on Shakiel Brown’s arrest and spoke with Briana about the effects of what he had done. The piece also features some background on the difficulty Florida legislators have had passing a revenge p0rn statute as well as a photo of our article about Shakiel:

UPDATE – The videos apparently do not work on some mobile devices, you will have to load the page on a desktop browser to view them. 🙁

WFTV obtained the court documents in the case, and in them it states Shakiel spoke with deputies in a controlled phone conversation and admitted to recording sexual videos without the woman’s consent and then posting them on Twitter. As we mentioned in our previous post, Shakiel also allegedly tried to sell the videos to TMZ. (We were approached by someone trying to sell the videos, but the person did not identify his/herself as Shakiel.)

“It’s never going away,” Briana said of the photos and videos posted by Shakiel, adding that her daughter Nova will someday be able to see them online when she grows older. “That’s probably the worst thing in the whole entire world,” she says.

Here is raw video of Shakiel’s first court appearance, which was later moved to another court because the case is domestic in nature:

Shakiel Brown bonded out on Wednesday, but has been ordered to have no contact with Briana DeJesus. This incident is not the first run in Shakiel has had with police, you might recall that he was previously arrested along with Briana’s ex Devoin Austin back in 2013.

The usually boisterous “Shoc” has been silent on Twitter since Tuesday.

The same cannot be said for Briana’s mother Roxanne DeJesus, who has openly responded on Twitter to Shakiel’s arrest:

Glad that our lawmakers are doing something about it

Those who have daughters should take a stand against punks like him. Not encourage his behavior.

I've said this before… I'm not the only one with 2 daughters. God don't like ugly!!!

Randy Travis will not spend forever and ever in jail, amen