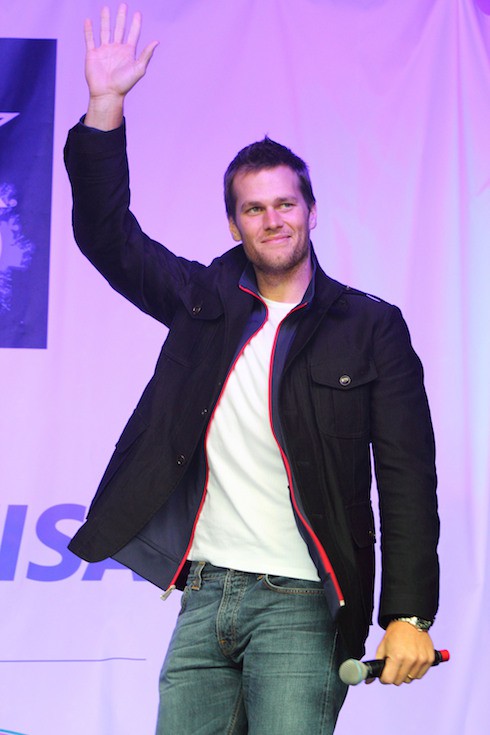 Bobby Flay is going through a rocky divorce. Tom Brady just got smacked down by the NFL. It’s not the worst of times for the two gentlemen, but it’s definitely not the best. So what did they do to blow off a little steam? They went out and enjoyed parties, that’s what. Bobby Flay did his partying on the island of Manhattan while celebrating New York City’s annual Puerto Rican Day parade and festival. And he decided to dance, dance, dance. And there were lots of cameras about, which means we now know what it looks like when Bobby Flay dances to hip-hop.

Are the results terribly awkward? See for yourself. If nothing else, Flay rocked a tucked-in shirt to 1950s perfection:

No word yet on who the blue pantsuited woman with Flay is, but it doesn’t look like he’s letting his divorce get to him.

Brady, by contrast, showed off his moves at a ring ceremony for the Super Bowl champion New England Patriots up the coast in Boston.

Gronk and Brady gettin it crackin at the ring ceremony party. #corporate thuggin. Thanks @wgd6788

Then, to his considerable credit, he turned around and mocked his own moves (or complete lack of them, depending on your point of view) on Facebook:

The moves I learned at the Edelman and Gronkowski School of Dance are really paying off!

Contrary to the NFL’s belief (and to popular opinion), it turns out Tom Brady is a pretty good sport.
(Photo credits: WENN)