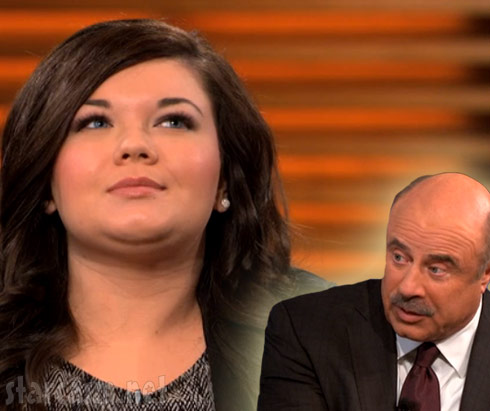 Former Teen Mom cast member Amber Portwood gave her first post-prison TV interview with Dr. Phil and the mother of daughter Leah was extremely candid about her addictions, the decision to forgo rehab for prison, her relationship with Leah’s father Gary Shirley and her depths of depression that lead to an attempt on her own life.

Dr. Phil’s official website provided videos from the episode which you can see here. We’ve picked out highlights from the episode and provided a transcript for you. We’ll include the videos when they make them available to embed.

Finally I got into drug court and I ended up using within a couple of weeks. So I made the hardest decision I’ve ever had to make in my entire life. I said I’m opting out of drug court and I opted for 5 years of prison.

Dr. Phil: You say it’s hard to watch that [clips of her on Teen Mom). How do you feel when you watch yourself?

DP: Do you feel badly for beating on Gary?

AP: I feel terrible for hitting him, I really do. I love Gary with all my heart. He’s an amazing person who’s sweet, funny… he’s a great guy. We’re just toxic together. It was an amazing relationship in the beginning. I was with him for 7 years.

DP: I know in June of ’11 you had a failed rehab in there and you tried to take your own life. Did you really want to die?

AP: I didn’t care. If I woke up great. if I didn’t it was alright too. Everything in my life then, what I thought is that everything is — excuse my language — sh*t. I have nothing anymore. What am I even here for? I never got to see Leah, and once again I’m not saying this to bash Gary because he’s a great guy but, I didn’t see Leah ever.

DP: Should you have seen Leah if you were high all the time? 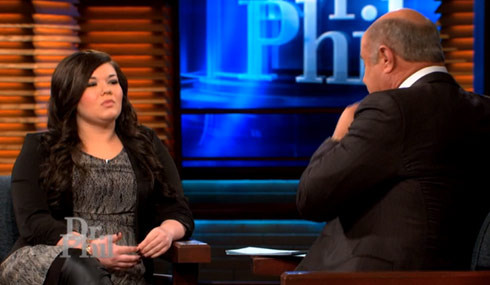 DP: Had you tried to kill yourself the night before you went in there [court to option for prison]?

AP: Yeah, it’s just hard to talk about. I thought in my head that she [Leah] would be better off without me, which is stupid by the way. This was the first time that Gary actually went with me because i knew I was opting out that day. I knew I was going to prison. I had him come with me kind of for support because I was terrified. I walked in and I remember being in front of the judge and I said, “There’s not a program out here that’s gonna help me, send me to prison.”

The option that I had was it’s either death or prison. Now which one’s worse?

DP: Did you miss Leah?

AP: When I was sober, it turned into hell. The worst part about being in there was missing people.

DP: Why will you not relapse?

AP: Because I’m clear-headed now and I just think about the consequences and I think about Leah.

DP: Will you get custody back?

AP: Eventually I want to have joint custody with Gary. We’re doing really good though.

DP: There are others that have been down this path, done some crazy things like sex tapes and things like that. Is that in your future?

AP: No. That’s not happening. When I was in my craziest time partying I was asked by Vivid to do a sex tape and I said “no.” It was crazy… It’s weird to see people that you know and you never think would, do something like that. 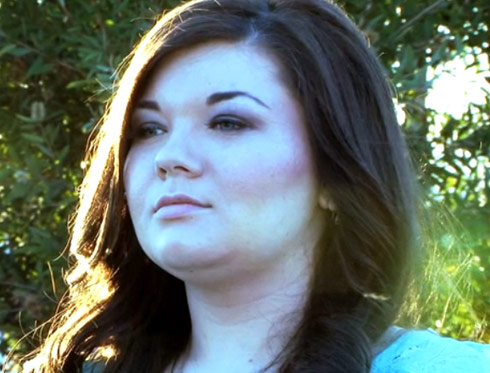 Dr. Phil concluded, “I’ve always said, ‘Life is managed; it’s not cured.’ If you have something to move toward, which is your future with Leah and all of the things you can share with her, that gives you a reason to get up and get high on her — instead of something else.”

The host also added a few positive comments from fans who tweeted to him and agreed that he is proud of the steps she’s taken and believes that Amber is on the right path for herself and Leah.