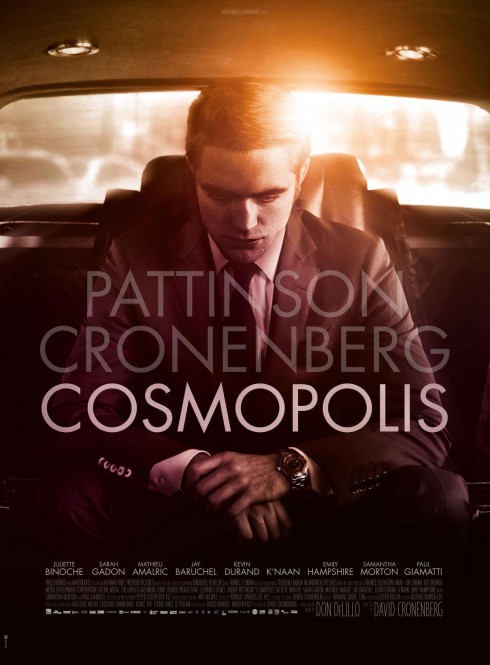 Fresh off the heels of girlfriend Kristen Stewart’s cheating scandal, Robert Pattinson has a new movie coming out. Watch the trailer for David Cronenberg’s Cosmopolis, which is due out in the U.S. August 17, 2012, below.

In Cosmopolis (based on the Don Delillo novel of the same name) Robert plays billionaire investment banker Eric Packer. Almost the entire movie takes place inside of Packer’s souped up limo as he is slowly driven across NYC to get a haircut. That sounds pretty boring, but Packer, ever the eccentric rich guy, conducts almost all of his meetings and relationships in the car (including sex and a doctor’s check-up.)

The movie is incredibly timely, but started shooting several years ago, at the very beginning of the current financial crisis (the book was especially prescient, being written ten years ago when we were all still livin’ it up.) Long before the Occupy Wall Street movement became a thing, the book/movie described anarchists protesting capitalism (one of the reasons why Packer is having trouble getting to his hair salon.

Kristen Stewart defends her affair: “I stand by every mistake”