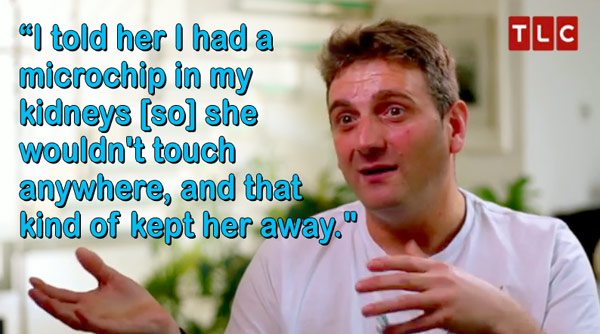 TLC is known for featuring outrageous stories of the different and unusual and their newest special is certainly no exception.

Andrew Wardle is a 40-year-old average Joe hailing from the U.K. He lives a normal life with an abnormal secret: he doesn’t have a penis.

When Andrew was an infant, he was diagnosed with bladder exstrophy, a condition that caused his bladder to form on the outside of his body. He underwent surgery to fix the issue as a baby but lost his penis during the operation. “I was left with a lot of scarring – and that’s it,” he says. “Nothing there.”

Andrew says his condition didn’t bother him growing up, but that all changed during adolescence. As a teenager, he began using drugs to cope with is abnormality. “I thought I was going to end up dying from all the drugs,” he says. “I just didn’t even care.”

Today, Andrew is confident and in a loving relationship with a woman named Fedra. Though he initially hid his secret from her, he eventually revealed the truth. “She’s on board 100 percent,” Andrew admitted.

In fact, Fedra moved into Andrew’s house with him before learning he was missing a penis. 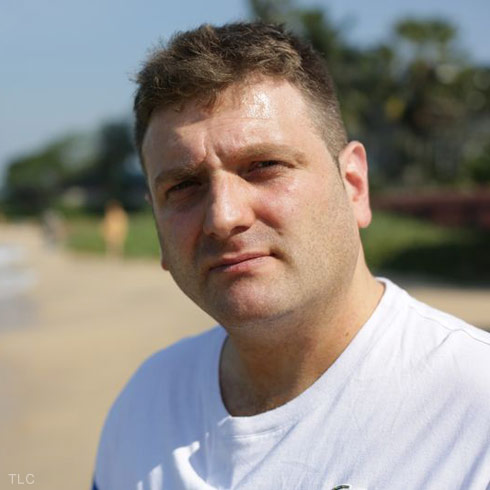 Check out the preview clip to hear from Andrew himself.

This TLC teaser has left me with far more questions than answers. How does he urinate? Does he get sexually aroused? And how in the world did Fedra move in with him without knowing he doesn’t have a penis?!

UPDATE – It seems the clip above is not working on some devices. Here is a lengthy video of Andrew from the TLC UK special about him:

I guess we will find out more when The Man With No Penis airs Monday, October 5 at 10/9c on TLC.

LINKS Clint Eastwood as: Racist Grandpa; Jon Stewart’s new show will save us; Free Nipples For All!…

This horrible police sketch may actually be a genius tactic