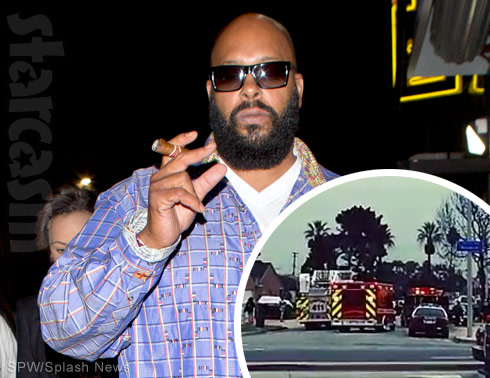 Rapper Suge Knight’s attorney has confirmed his client was behind the wheel when a truck plowed into several people in Compton, California Thursday, leaving one man dead and another injured. According to Sheriff’s Homicide Detective Lt. John Corina, Suge’s truck “drove backwards, struck victims, then went forward and struck them again as he left” the scene. The truck was later found abandoned in Westwood and was impounded.

TMZ reports that the hit and run incident took place after a second argument involving Suge, the first one happening earlier on the set of the NWA biopic Straight Outta Compton. The site says the man who died was Suge’s friend, Terry Carter. TMZ’s “sources say Carter was in the process of walking to the passenger door of Suge’s vehicle, but happened to be in the rear when Suge gunned it.”

Here are a couple of videos from the scene of the accident — one from Minaj Anderson, a security guard at the Rite Aid across the street, and another obtained by TMZ:

Suge’s attorney, James Blatt, is calling the incident a “tragic accident” and was reportedly working with police to arrange for Suge’s surrender. TMZ spoke with “sources connected with Suge” who seem to have a similar take on what transpired, claiming that two men were attacking Suge and instigated the whole thing. “Our sources say Suge was scared because he’s in frail health,” the site says, “in addition to being shot 6 times last summer, he recently almost died from a blood clot.”

Although it is unclear if it is the one involved in Thursday’s hit and run, here is Suge Knight driving a red pick up truck in Los Angeles in May, 2014: 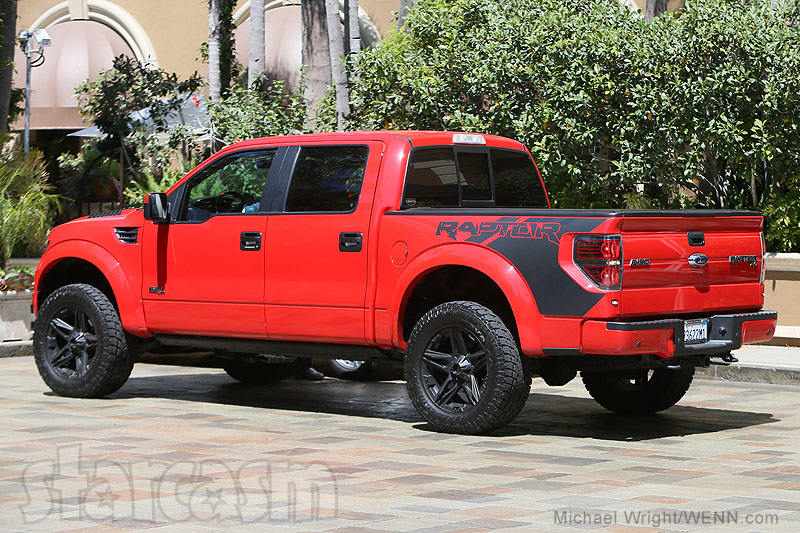 Suge is no stranger to serious legal issues and was due in court on Tuesday for a hearing stemming from an incident in October in which he and comedian Katt Williams were charged with robbery after allegedly taking a camera from a paparazzo in Beverly Hills. Suge was out on $500,000 bail, but still faces a maximum term of 30 years to life if convicted because of a prior conviction for assault with a deadly weapon.

Knight has had a series of high-profile run-ins with the law dating to the 1990s. He served four years in state prison after being sentenced in 1997 for violating probation stemming from a previous assault; he returned to prison in 2003 after assaulting a parking-lot attendant; and in 2008 he was arrested in Las Vegas in on suspicion of drug possession and aggravated assault, but eventually pleaded guilty to misdemeanor battery.

At the time of this post there are no reports of Suge having turned himself in yet.