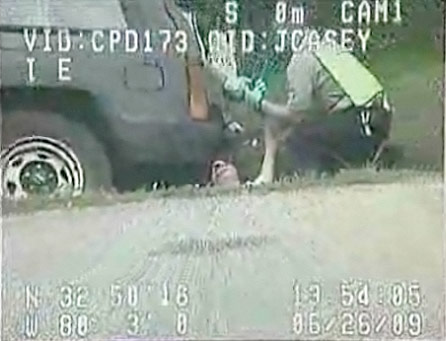 City Councilwoman Deborah Morinelli of Charleston, South Carolina was arrested for DUI and the shocking police dashboard video has just been released. You won’t believe your eyes when you see this woman who was somehow just driving a truck! Watch as police get her mind and her body out of the gutter and check out all the little wine bottles unloaded from her portable liquor store:

According to police reports, Morinelli drove into a ditch at the intersection of Plainview Road and Highway 61. When an officer arrived, he smelled alcohol. Police say she tried to stand, but slid into the ditch. The video shows her unable to stand and officers and emergency personnel removing her from the ditch.

Lindsay Lohan might have turned down a role in “The Hangover”