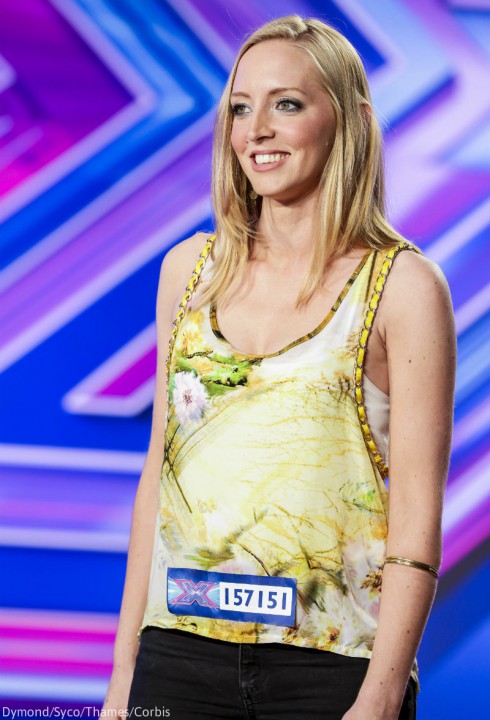 Apparently talent runs in the Pattinson family: Robert Pattinson’s older sister, Lizzy Pattinson, impressed all four X Factor U.K. judges during a recent audition to make it through to the next round.

“She blew them away with her husky, soulful vocals,” a source told The Mirror in July, shortly after the 31-year-old performed Bonnie Raitt’s “Feels Like Home” for judges Simon Cowell, Louis Walsh, Cheryl Cole and Mel B.

The episode featuring Lizzy’s initial audition just aired in the U.K., so it’s unclear how she’s progressed in the competition since then. However, at least one source speculated at the time of the July performance that Lizzy “could go all the way.”

“She’s different to usual X Factor contestants,” the source told The Mirror. “She really stands out.”

Either way, she has the support of at least one influential person.

“I’m like, so ridiculously proud of her,” Robert told Grazia Daily this month. “I would never have the balls to do that, ever, in a million years. I can’t believe she’s done it. So, it’s amazing.”

Even though Rob likely wouldn’t have a problem with his sister dropping his name, she reportedly didn’t tell X Factor producers about the connection until after the audition. Lizzy also has some fame that predates Rob’s rise in Hollywood: She had a Top 20 dance hit for a remixed version of “Let the Sunhine In” back in 2003.

“It’s important to her she does not fall into the trap of just becoming ‘Rob’s sister,'” the source told the British tabloid of Lizzy, who’s supplemented gig paychecks by working as a personal assistant in recent years.