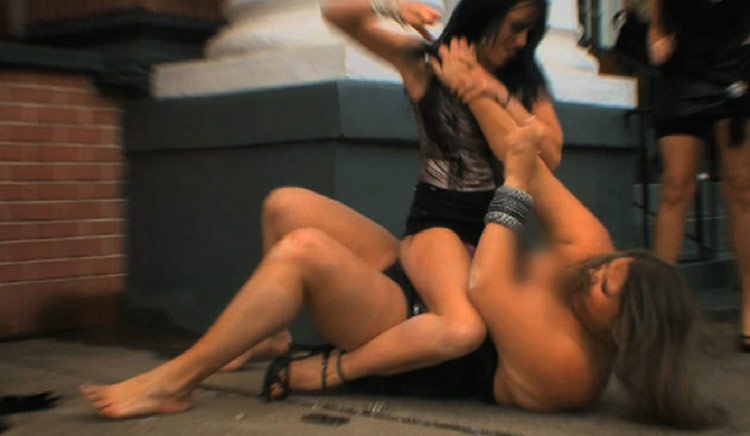 TLC has a show that looks to delve in to the secret world of gypsies living in America. It’s called My Big Fat American Gypsy Wedding, but if the teaser clip leaked to TMZ is any indication, it’s TLC goes GTL on steroids!

We know a thing or two about reality throw downs, and this is without question the most skin-exposing, eye-gouging fight to ever grace the genre, and that’s saying a lot. I have to admit this show wasn’t on my radar, but it certainly is now, and I guess that’s the point of letting this gem slip out.

Did I say gems slipping out? Hit it (and each other) girls!

There is so much going on with that one minute clip!

-> The fight instigator’s name is Diamond.

-> The bride’s dress is fluffed insanity as she asks with a serious southern drawl, “Is she talking to Diamond?”

-> The dude with the Pauly D blowout

If that was staged than kudos to Diamond and Mellie for going all the way. That was real concrete and brick… You can find out more about the show that premieres on April 29th, at 10:00 PM here.