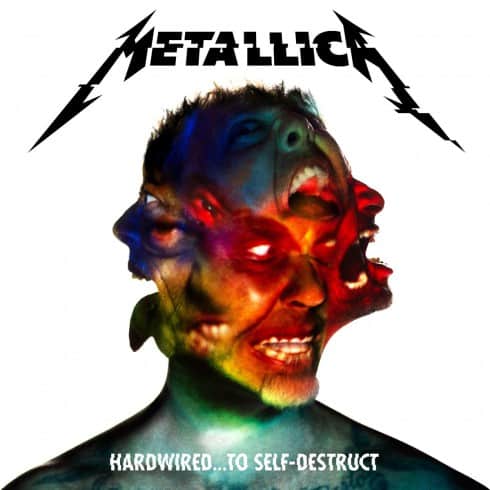 Meanwhile, in completely unexpected news, the Metallica new album was announced today with absolutely no fanfare or buildup. Hardwired…To Self-Destruct, the band’s first studio album in eight years and tenth studio overall, will be out in late 2016. (Quick editorial aside: Everybody who isn’t a music journalist is just going to call this album Hardwired.)

How did they break the news? Did they call a press conference and read from a drafted statement? Did they tease the release for weeks with a countdown clock on their website and then spring it when the numbers hit zero? Naah–they just shared a brand new-song and accompanying music video out of the clear blue sky, like there was nothing unusual at all about this particular update.

With equal fanfare, then: Hardwired comes out on November 18, 2016. The first song is the album’s title track (except it has the good sense to only be called “Hardwired”), and you can listen to it & watch the music video right here:

Plus, just for good measure, here are the complete lyrics to “Hardwired”:

We’re so f*cked
Sh!t out of luck
Hardwired to self-destruct

We’re so f*cked
Sh!t out of luck
Hardwired to self-destruct

Pretty bleak stuff, even by Metallica standards. But the chorus, in particular, seems to capture the current national mood pretty effectively. It also seems appropriate that “Hardwired” is the shortest, most to-the-point Metallica song on a studio album since balls-to-the-wall anthem “Motorbreath,” which came out on Kill ’em All all the way back in 1983.

Here’s the complete breakdown of what will be Metallica’s first double album, courtesy of the Metallica new album update on the band’s website:

Disc One
Hardwired
Atlas, Rise!
Now That We’re Dead
Moth Into Flame
Am I Savage?
Halo On Fire

Metallica will launch a worldwide tour this fall.