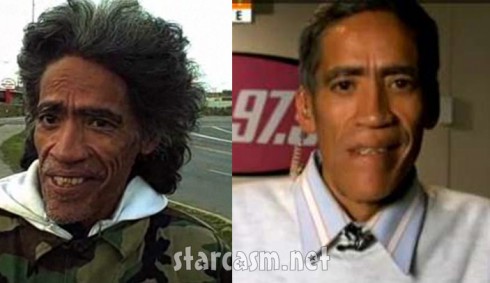 Ted Williams, the homeless guy from Columbus, Ohio with a golden voice got his life changed by the internet!

A dude with a camera asked him to make good on displaying the “God Given GIft” advertised on his begging sign, and Mr. Williams, a former radio announcer whose life went sour when he turned to alcohol and drug, delivered. Click here to watch.

The video was put on the internet, and the whole world got to listen to Ted’s talent. Within a day the viral video has been seen over 3 million times, and Ted has gotten offers from scores of companies eager to give him a second chance including MTV and the NFL. His favorite offer so far, however, has been from the Cleveland Cavaliers!

This morning he appeared on The Early Show sporting a haircut, spiffy new clothes, and looking at least 15 years younger! He even has a cellphone now!

Right now Ted has to deal with some bureaucratic details. He tried to fly to New York today to be on The Today Show and reunite with his 94-year-old mother, but that was derailed because he doesn’t have proper ID. Right now he’s trying to track down his birth certificate so he can take advantage of some of these fairytale type opportunities in his lap right now.