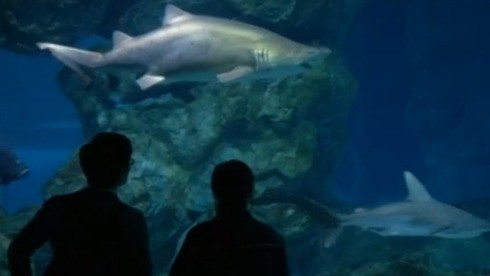 At the Seoul aquarium in South Korea, a turf battle broke out between two sharks: a large female about seven feet long, and a smaller male measuring around four feet. Reuters reported on the event, which occurred on Thursday. A rep for the aquarium says the two sharks had some sort of disagreement, thanks to the male shark supposedly startling the female in her territory.

After squabbling for about ten minutes, the female sand tiger shark won the battle…when she swallowed the male shark whole! No biting, no chewing: just one big gulp. 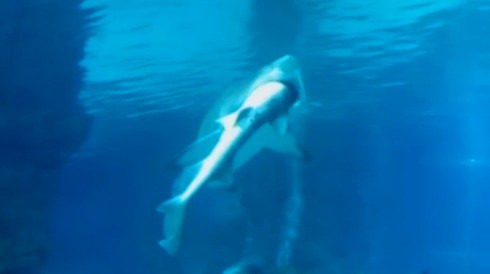 Granted, it took 21 hours for her to gobble him down completely. All that was left was his tail, which dangled from the female’s mouth as she swam around the aquarium. #BadAss 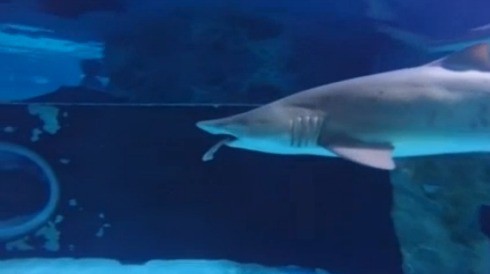 Shark experts say the female will continue living with the male shark’s tail hanging from her mouth for the next four to five days before eventually regurgitating him in the coming week.

She gives the Austin Powers expression “Get in my belly” a whole new meaning!

440 lb. virgin shares traumatic experience on TLC’s Sex Sent Me to the ER