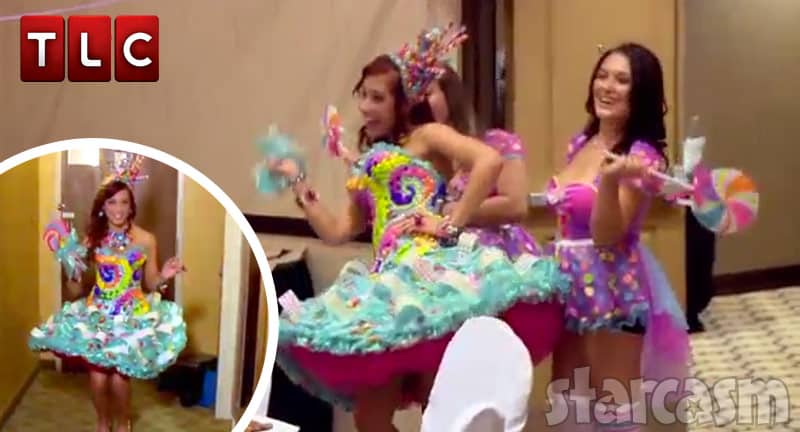 Fresh on the sparkly heels of revealing they are bringing back Toddlers & Tiaras, TLC has announced their other controversial reality series featuring young ladies in over-the-top outfits is also returning as My Big Fat American Gypsy Wedding Season 5 premieres on July 17.

Here is the first preview trailer in which we see the show’s real star, dress maker Sondra Celli, back again as she tackles two could be Project Runway challenges involving live flowers and candy:

And here’s the official scoop on the new season from TLC’s press release:

From shimmering dresses to explosive wedding outbursts, TLC’s buzz worthy series MY BIG FAT AMERICAN GYPSY WEDDING comes back with a bang! With coming of age parties, arranged marriages, purification ceremonies and a Veil of Darkness wedding ritual, the Gypsies have their own set of customs and superstitions, vital to the survival of their mysterious culture. This season Gypsy dress designer Sondra Celli creates the most unique dresses to date, including a dress made entirely out of flowers, a dress made out of candy and a Cherokee-themed dress. The series’ fifth season premieres Sunday, July 17 at 10/9c. 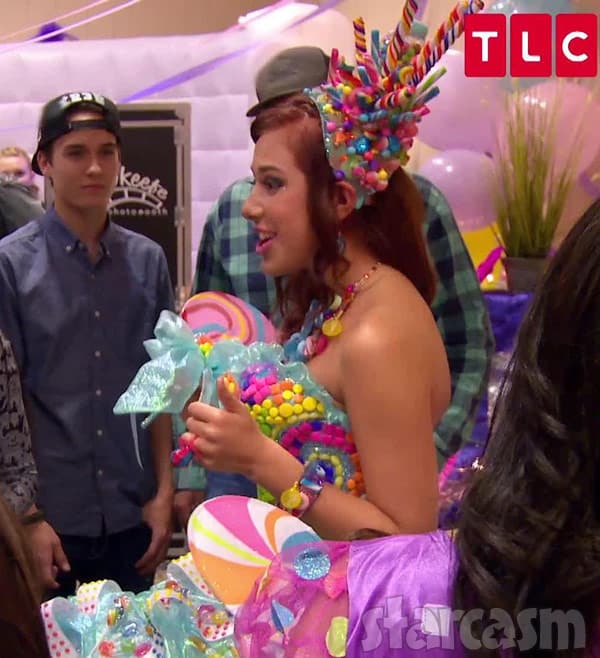 In the premiere episode, Maquayla, an 18 year-old Romanichal Gypsy with a zest for life, dreams of walking down the aisle in her dream wedding dress: a gown made out of real flowers! But will the dress stay alive for the ceremony? Meanwhile, 16 year-old Gypsy Yazzie wants the perfect candy-themed Sweet 16 birthday party, but it may be all-out war if she invites her gorger (non-Gypsy) boyfriend. Will her Sweet 16 turn sour, or will it take a turn for the sweetest Sweet 16 ever?

My Big Fat American Gypsy Wedding is produced by Firecracker Films for TLC. Join the conversation on social media by using the hashtag #GypsyWedding, ‘Like’ the show on Facebook, and watch more video on TLC.com/GypsyWedding.

UPDATE – Click here to see photos of Hunter and Dalton, who elected to go with a Native American theme for their wedding ceremony — and Sondra Celli went all out!