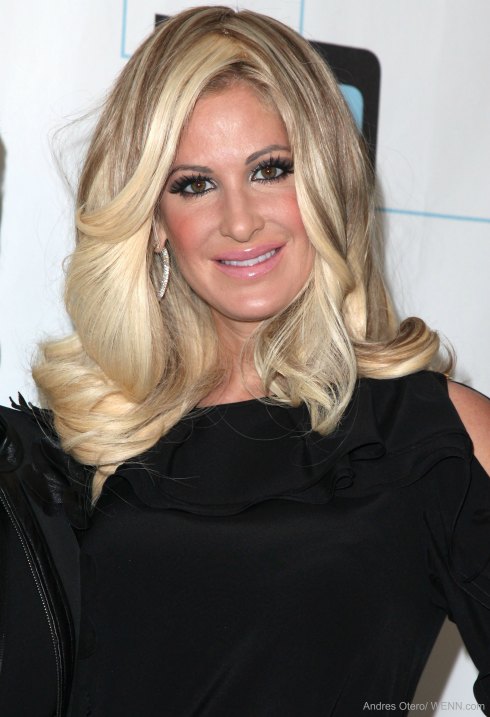 Kim Zolciak Biermann lives by the motto “If you got it, flaunt it.” In her case, maybe it’s more appropriate to say, “If you got the money, buy it.”

The former Real Housewife has never been shy about the lengths she will go in her quest for beauty including having breast augmentation surgery, wearing fake hair, and undergoing a fat reduction procedure while munching on pizza.

The 36-year-old recently underwent a tummy tuck and received new breast implants. Just a few days ago, Kim posted this picture showing off her new body. 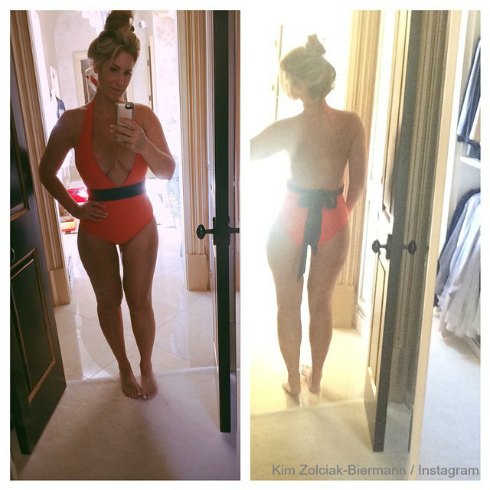 Of course this isn’t the first time Kim has posted scantily clad selfies. She shared baby bump pics throughout her pregnancies and revealed her post baby bikini bod not long after.

However, her latest pic has caused controversy and some are claiming it’s photoshopped. Kim’s response? “My surgeon didn’t change my size, I’m the same size 4 I have always been, YES bitches I’m a size 4, he simply fixed my hernia, repaired my muscles and gave me the most incredible set of tatas EVER!”

The reality star is open about going under the knife to regain her figure after having six children. “It’s time to be perky and cute again. I’m done having babies,” Kim said of her recent decision to have plastic surgery. Check out the clip from Don’t Be Tardy:

In addition to a good surgeon, Kim credits working out, healthy eating, dietary supplements, and good genes to helping her regain her svelte figure.