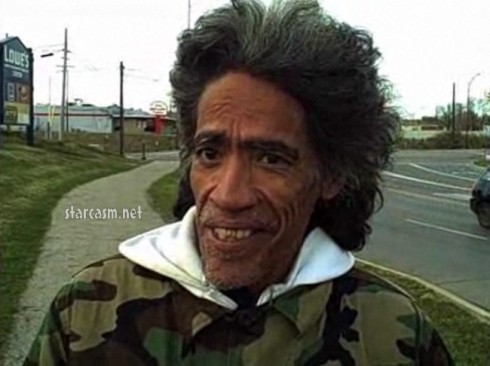 If you haven’t heard of the “golden voiced” homeless man Ted Williams yet then you need to come out from the very large rock you’re hiding under.  Ted is omnipresent and now the latest “the other Ted Williams” video clip, while not as amazing as the original viral video, is astounding considering what we now know.

Listen to Ted’s golden voice as he tells folks about Mel Waiters New Years Eve show in Columbus, Ohio for his, wait for it, wait.., “I Got My Whiskey” tour.  That irony burns like a shot of 190 proof!  Sometimes these internet stories just write themselves.  Check it out:

“It’s a cabaret so bring your own brown bag and we’ll bring the party favors.” – Ted Williams

Mel Waiters may have had his whiskey but I about spit out my gin and juice when it got to the part about the show being BYOB (bring your own beer).  Then on top of that getting to hear Ted push the acts BattlePlan Show Band and Cincinnati’s own Love Passion makes this clip darn near priceless.

I got this link from The Daily What and they claim that Ted Williams did the voice over for his friend and Alcoholics Anonymous sponsor Alfred Battle.