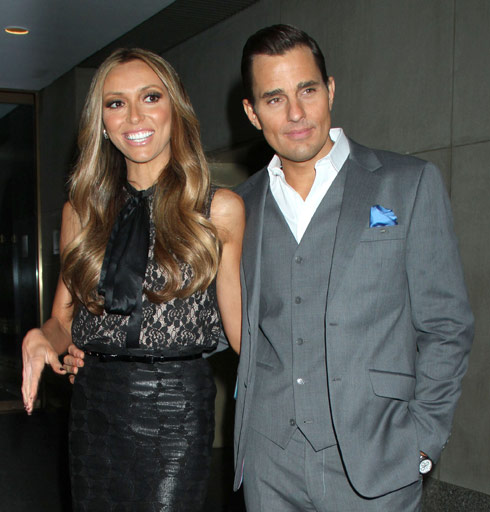 Last October Giuliana Rancic discovered that she had breast cancer while undergoing fertility treatments. In spite of that difficult news, Giuliana and her husband Bill continued pursuing their dream of having a baby. This morning the couple appeared on Today and revealed that they are indeed expecting thanks to a gestational carrier!

Here’s the video clip of the Rancics sharing their good news:

Just for a little clarification, because hey I needed it, the difference between a surrogate parent and a gestational carrier is that biologically the child is Bill and Giuliana’s; the gestational carrier brings the baby to term, but is not genetically related to the child in her womb. They are keeping the identity of their carrier private. Giuliana did add that she lives “out of state” and is a mother of two.

They also stated that the baby is due in late summer and that they already know the gender but are keeping that tight lipped as well.

This has been quite an emotional roller coaster for the couple as Giuliana previously suffered a miscarriage and while trying again to become pregnant her cancer was discovered. She credited her lost baby with saving her life.

As the couple discussed this news with Ann Curry, Bill said:

“This was our last stop. This was it. We had those two embryos that we had banked prior to learning about the breast cancer, and with the medicine she was on, this was our last effort. The prayers were answered.”

Congrats on the wonderful news and to Giuliana and Bill for not giving up hope.