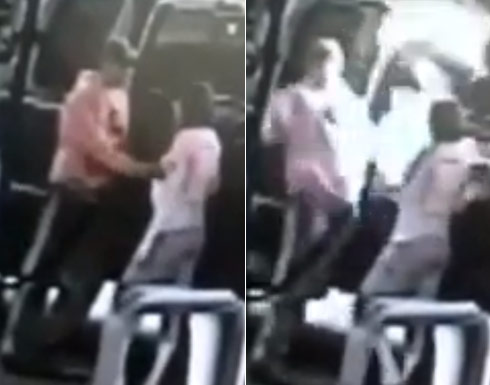 37-year-old Austin Dawkins is facing a criminal charge of reckless conduct after surveillance footage showed him placing a lighter between his truck’s gas tank and his wife on October 16th in Clarkesville, Georgia.

The lighter sparked a fire that set 30-year-old Jessica Dawkins on fire, as she is seen running from the truck in a ball of flames. She suffered second- and third-degree burns to her legs, arms, back and head.

In the following footage that captures the exact moment the terrible accident happened, the husband and wife can be seen standing and leaning against the truck on either side of where the tank fill is located. As the two appear to be having a conversation, Austin pulls out his lighter and can be seen placing it near the tank. Almost instantly, vapors catch on fire around his hand as Jessica Dawkins attempts to run. Austin Dawkins then tries to remove the nozzle which shoots fire towards his wife and engulfs her in flames.

Jessica was flown to a hospital in Atlanta before being released.

Austin was arrested on Friday after a warrant was issued. The charge of reckless conduct holds a maximum penalty of a year in prison and up to a $1,000 fine.