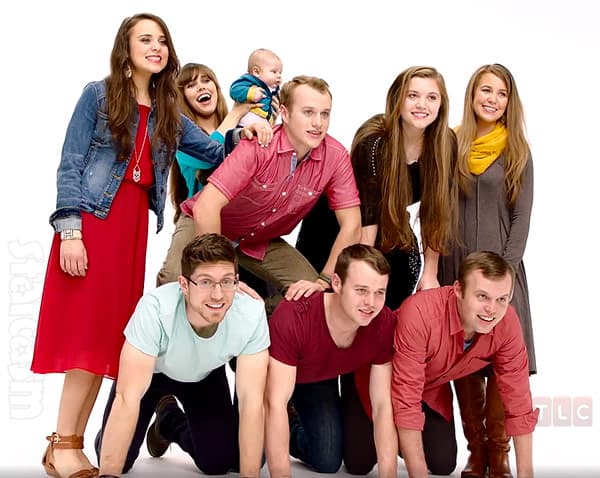 The Duggar reality show factory is back to being fully operational! After repackaging the family without controversial brother Josh Duggar and with much less of an emphasis on parents Michelle and Jim Bob, the 19 Kids & Counting spin-off series Counting On (formerly Jill & Jessa: Counting On) is coming back for a new season on August 23.

There was one mild shocker, however, as Jessa revealed that they are planning to have another child…via adoption! “Ben and I have had it in our hearts to adopt,” Jessa says in the clip. “That’s something we talked about before we were even married.” 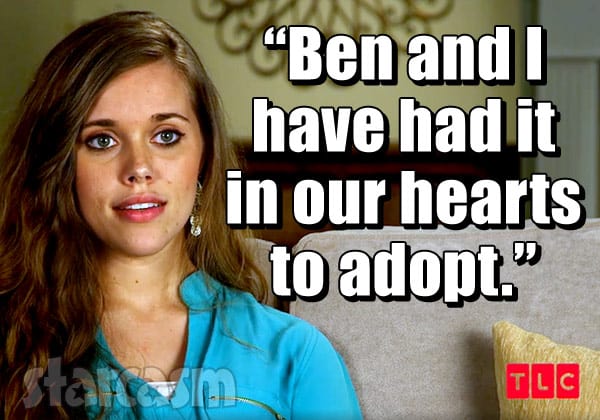 Meanwhile, Jill and Derick share the same news, only without the adoption part and with a timeline. “We should have another baby before next year,” says a long-haired Derick before giving wife Jill a big smooch.

Of course, the BIG emphasis this season is going to be on Jinger Dugger and her lickedy-split courtship with former professional soccer player (and former arrestee!) Jeremy Vuolo. In case you missed it, the two revealed yesterday that they are already engaged after just announcing their courtship last month. According to the Duggar family, they met in May of 2015 and had been courting for seven months when Jeremy popped the question. So, if you’re wanting to enter into a Jinger wedding date and first baby date pool, you better hurry!

A few other things fans can expect to see that weren’t included in the trailer are Jill and Derick’s return from a lengthy mission trip to Central America, Ben Seewald starting a football camp with ex-NFL players, and “John David, Joseph and Josiah could be seeking new relationships.”

Counting On returns Tuesday, August 23 at 8/7c on TLC.