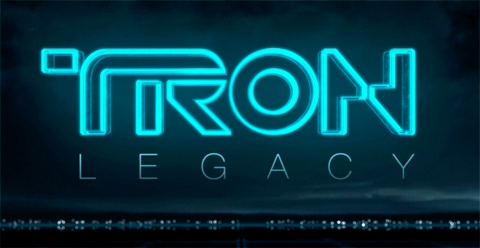 Here’s a video of the 2009 Comic-Con panel with Jeff Bridges, Garrett Hedlund, director Joe Kosinski and others introducing Tron Legacy, the much-anticipated sequel to the 1982 sci-fi cult classic Tron.

The filmmakers and actors introduced a video that reveals Tron Legacy centers on Sam Flynn (played by Garrett Hedlund), son of the main character from the original Kevin Flynn, reprised this time around by the same actor that played him the first time around, Jeff Bridges.

The Tron universe has been sitting in storage on a computer, but it’s been anything but idle! The world has evolved, and not for the better. “It’s become darker and more realistic, feeling more like a photo surreal environment,” says Kosinski.

The footage is like geek porn in that it features Flynn’s Arcade and a room full of early-’80s arcade games covered in dusty plastic. Sam turns on the power and the antique machines come to life. Of course, Sam is drawn to the Tron game (as were many of us!) and unsuccessfully tries to insert a quarter. He notices an irregularity in the floor and he moves the machine to get a better look. (dum dumm dum!) He finds a hole in the wall and as movie characters are prone to do, he walked right in…to TRON! BWAHAHAHAHA!!! (Queue the 30-something dork equivalent of brown-chicken-brown-cow.)

Here’s part one of a gallery of images from the stunning high definition trailer released to the public at Comic-Con. Amazing! I know I’ve got my geek on, how about you?!?! (Click the images to zoom in) Oh, and the trailer itself is at the bottom because it’s so big it wouldn’t fit up here! (That’s what she said. Wait, wrong dorkiness. I’m guilty of so many the lines get blurry sometimes.)

CLICK HERE for part two of the gallery. CLICK HERE to see some amazing production art revealed at Comic-Con.