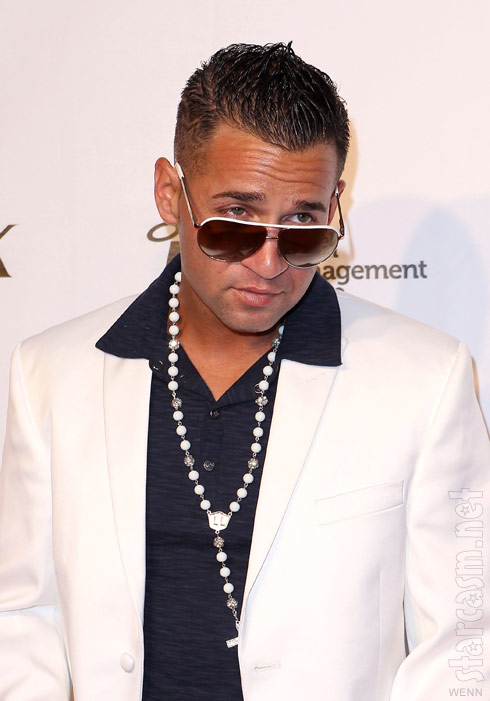 When Mike “The Situation” Sorrentino checked himself into the Cirque Lodge rehabilitation facility a couple weeks ago he revealed to admissions counselors that he used prescription drugs Xanax and Ambien excessively. But now it is being reported that his problem was much worse than he let on because he was also abusing the prescription pain drug Dilaudid.

“Mike was taking unbelievable amounts of Dilaudid along with Xanax and Ambien. Mike was taking about 20-30 pills a day which easily could have killed him. Mike is very lucky that he didn’t overdose and die, because the amount of prescription drugs was that high and deadly. It was very easy for Mike to get the prescription drugs, and he got them from more than one doctor. It’s very likely that his physicians were unaware that he was taking all three of the prescription drugs. Mike would also drink alcohol while he was taking the pills which obviously could have had a horrible outcome for him. Everyone around him is hopeful he will stay sober once he leaves Cirque Lodge,” an insider tells Radar Online.

The source goes on to say The Situation had “become dependent on prescription pills to counter-act other his hard partying lifestyle, which included illegal substances. Mike was in a vicious cycle of not sleeping because of the illegal substances that he was taking, so he began using prescription pills to help him sleep. Mike would refer to the prescriptions pills as ‘downers.’ The good news is that he was the one that wanted to get help and checked into rehab. Hopefully with the proper treatment, Mike will be able to lead a sober life.”

MTV has announced there will be a Jersey Shore Season 6 (with a pregnant Snooki) and The Situation does plan on participating. With his issues and Snooki’s pregnancy, the dynamic in the house is sure to be dramatically different than what fans are used to – to say the least. Sadly, The Sitch is probably going to be even more marginalized now that he was in seasons in 4 and 5. Snooki being pregnant – I have no earthly idea what that’ll be like.

PHOTOS VIDEO The Situation PETA ads with lots of… cats