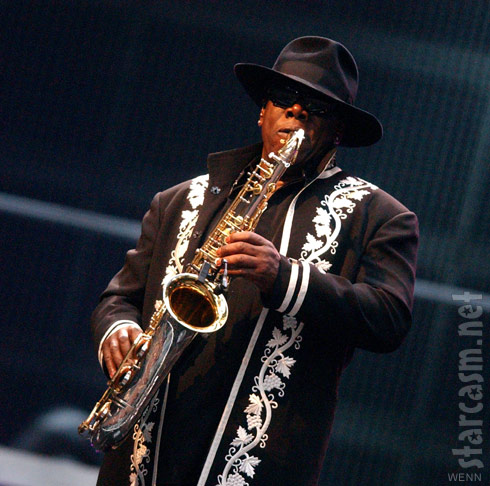 “Tonight all is silence in the world.”

Numerous news outlets are reporting that founding E Street Band saxophonist Clarence Clemons died earlier today from complications from a stroke. Clarence suffered the stroke on June 12th and was reportedly making a “miraculous” recovery prior to the sad news being announced today. The Big Man was 69.

Clarence lived a wonderful life. He carried within him a love of people that made them love him. He created a wondrous and extended family. He loved the saxophone, loved our fans and gave everything he had every night he stepped on stage. His loss is immeasurable and we are honored and thankful to have known him and had the opportunity to stand beside him for nearly forty years. He was my great friend, my partner and with Clarence at my side, my band and I were able to tell a story far deeper than those simply contained in our music. His life, his memory, and his love will live on in that story and in our band.

(For the incomparable obituary from the folks at Backstreets.com CLICK HERE)

I’m sure I share the same feelings of loss as millions of other fans the globe over. It’s impossible to explain the importance of Bruce Springsteen and the E Street band in my growth as a human being, and Clarence Clemons’ horn was an essential ingredient in so many of their most powerful and soulful tracks. 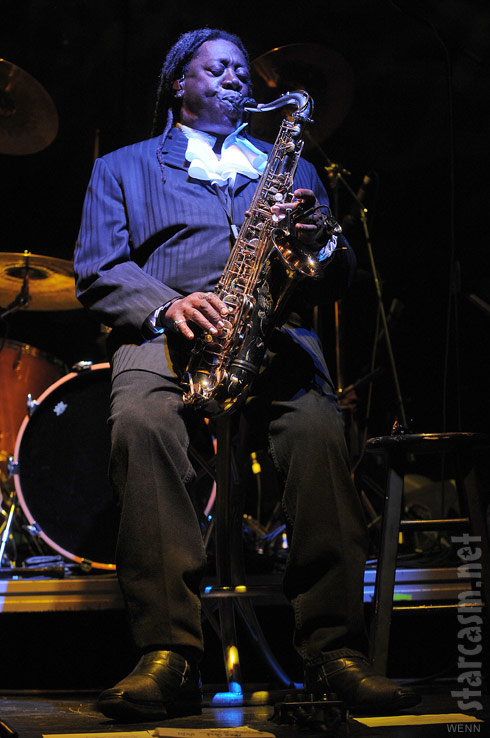 No doubt Bruce Springsteen has some of the best rock and roll vocals the genre has ever seen, and little would argue that the musical denizens of E Street have always been some of the tightest loose rock players to ever grace a stage or studio. But, as evidenced from the heavy rotation of Motown classics in his early setlists, Bruce always wanted an element of that Detroit soul in his songs – and that burden was placed squarely on the immense shoulders of the Big Man, Clarence Clemons.

But in addition to the soulful vibrations on such epic explorations of the human condition as “Jungleland,” Clarence and his horn playing were also able to bring an elevated grittiness to the band’s joyful and raucous numbers such as “Sherry Darling” and Gary US Bonds’ “Quarter to Three,” a concert staple for a number of years – including 1979 when Bruce and the boys went atomic with it at the No Nukes concert.

(Bruce is amazing I know – and I would never ask you to take your eyes off of him – but just listen to Clarence blow the hell out of that horn! That my friends is the sound of adrenaline!)
Quarter to three – bruce springsteen by runawaydream

Everybody knows Clarence is a great rock and roll horn player, but a lot of folks don’t appreciate his softer side. So, I thought I might wrap up this tribute post with a couple clips highlighting the less riffy and more subtle side of Clarence, starting with his haunting intro to “The River” from the Fleet Center in Boston, MA on August 26, 1999. It’s an audience recording, but don’t let that distract you from Clarence as he sets the mood for one of the most powerful songs about broken dreams ever written. I love how he gently hands things over to Bruce and his harmonica as if to say, “OK Boss, I think they’re ready.”

This next clip is from the first Bruce Springsteen “bootleg” recording I ever heard – a CD titled Small Town Boy recorded at The Main Point in Bryn Mawr, Philadelphia on April 24, 1973. My younger brother had shoveled out a ton of money (I think it was $35 for the single disc) at a record show and I got a call from him telling me and my older brother (I was at his apartment at the time) to come home now. He didn’t say anything else.

When we got home we went back to his room and he motioned us to sit down. He turned out the lights and the song I am about to play came on.

That disc changed everything about how I was a fan of music. I can’t tell you how many hundreds of dollars I sent overseas for live CDs in response to ads in Goldmine magazine with only a slightly better than 50/50 chance of getting what I ordered. I was chasing that horse you hear heroine addicts talk about – but unlike heroine addicts I caught it just about every time a new Bruce disc came in! And that doesn’t even compare to the horse that trampled me each and every time I attended a Springsteen show! (Which I’m guessing is somewhere in the neighborhood of 20 times)

But this post is about Clarence. Listen to this song – I think it demonstrates the most basic element that The Big Man brought to the table for Bruce. It’s a great singer/songwriter tune right up until the 3:10 mark when Bruce says “and in the night air you hear crying…” at which point Clarence Clemons literally breathes soul into it: 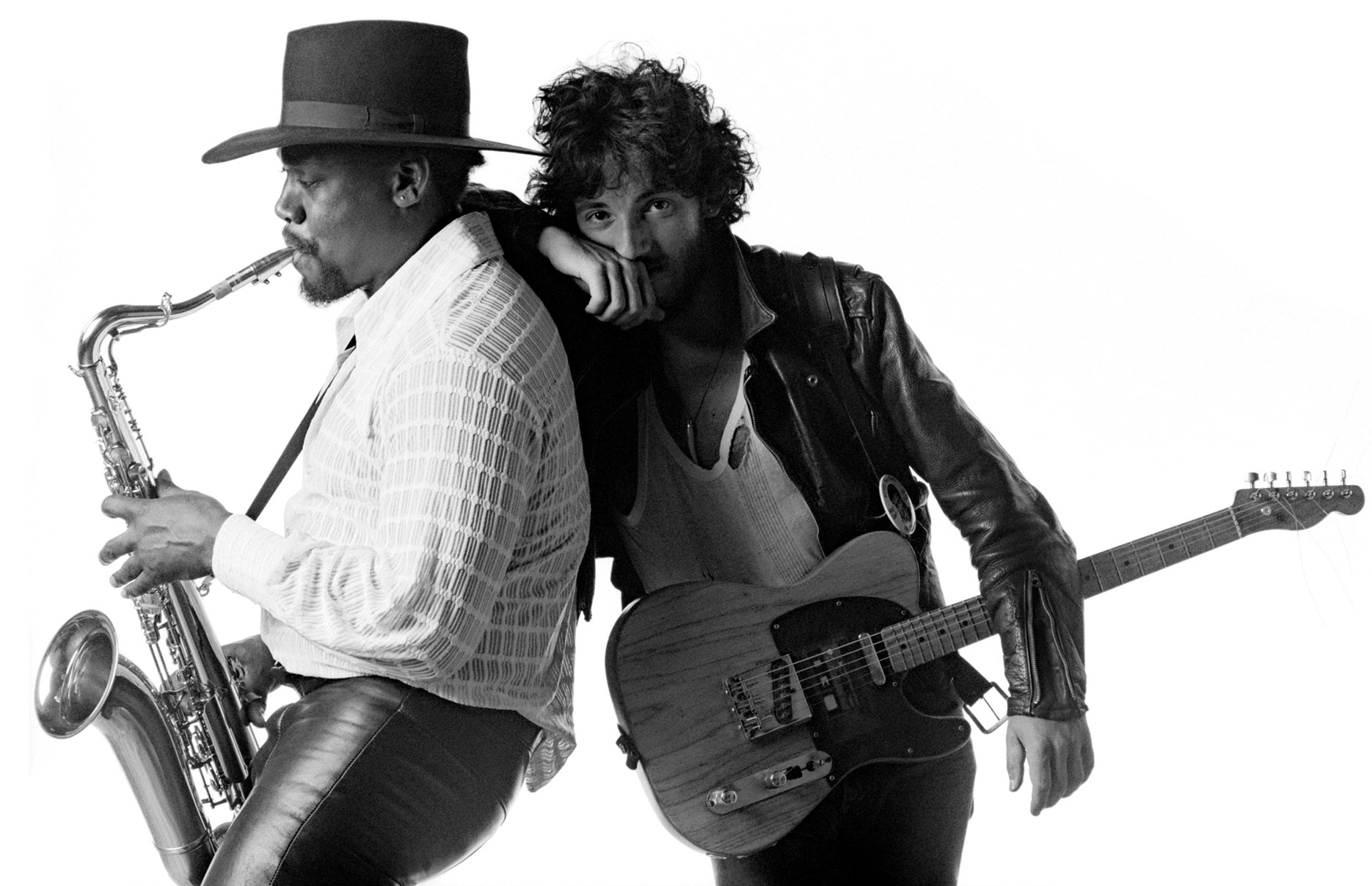 I just got off the phone with my younger brother who called while I was listening to that clip again – he wanted to make sure I had heard the bad news. He told me that it just didn’t seem possible, that for us Clarence was always bigger than life. “It’s like Johnny Cash,” he said, “Johnny Cash doesn’t die.”

My brother was right. Johnny Cash doesn’t die. And neither does Clarence Clemons. He’s just waiting for the rest of us across the border…

I love you Big Man. And thank you for so, so much.

PS – I ran across this intro to Clarence from Bruce and I just had to add it:

VIDEOS We Are LeBron vs. Ohioans Against LeBron