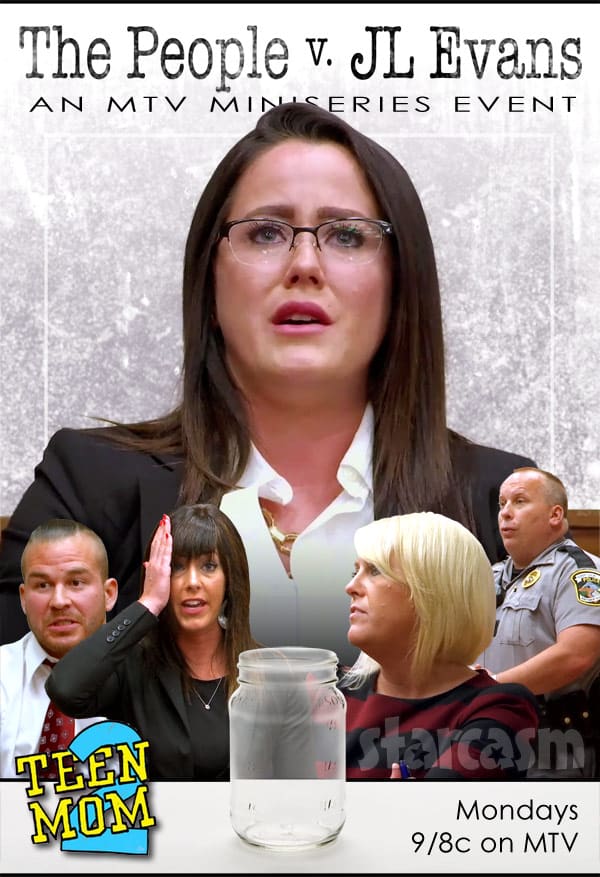 On the Season 7 winter premiere of Teen Mom 2, viewers got their first glimpse of Jenelle Evans actually in a court room before a judge as her deft attorney Amy was Johnny Cochranesque in convincing the jury her client was not guilty of assaulting Nathan Griffith’s girlfriend Jessica Henry with a Mason jar full of water. As the nation still struggles to come to terms with the verdict, we have some updates in the form of a bonus scene from this episode, a preview clip for next week’s episode, and details from Jenelle and Nathan’s custody mediation hearing earlier today.

First up, here is a bonus clip of the still-stunned Nathan and Jessica talking about the trial results over salads:

“What an unfortunate day,” Jessica begins.

“I’m absolutely amazed by the turn of events,” Nathan responds.

“I don’t even think my ex and her lawyer believe what just happened,” says Nathan.

After Nathan goes off on Jenelle for being an unfit parent, he returns to the verdict. “That whole case was a crock of bulls**t.”

“Mmm hmm,” Jessica concurs. “Now that we see the court system can be completely not right, how does that make you feel about going in to custody?”

“It really scares me because, like you just said, I’ve got every piece of evidence, every piece of the puzzle that fit, and it just makes me lose faith in our judicial system. If she has full custody, she is just going to use him as a pawn over my head for the next 18 years. It’s just ridiculous.” 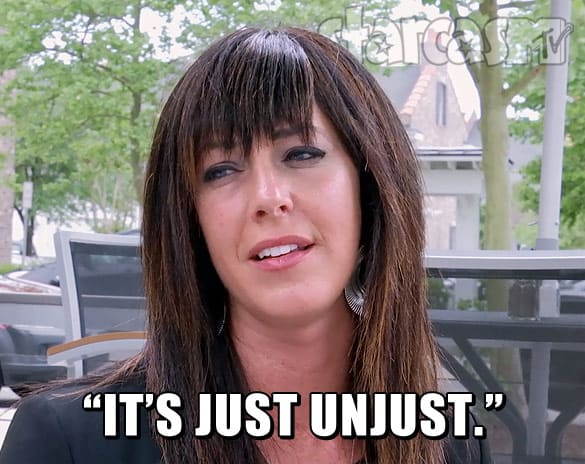 “It will catch up,” Jessica says, “I’m just waiting for the day.”

Next up we have a preview clip for next week’s episode in which Jenelle talks with boyfriend David Eason about a text from Nathan requesting to see Kaiser. David seems upset that Jenelle is even talking with Nathan (though not to the point of filling the streets with uppercut), but Jenelle argues that communicating with Nathan (and having the text messages to prove it) could only help her in the long run.

Fast forward however many months to real time…

Jenelle and Nathan met at the courthouse today for a custody mediation hearing, and it sounds as though things continue to go Jenelle’s way. (I’m sure Nathan’s recent altercation with Jessica and the resulting arrest didn’t help him any.)

“He has to have supervised visits with his mother supervising him with Kaiser from now on,” a source close to Jenelle Evans told Radar Online, adding that Nathan will get to see his son every other weekend. According to the source, Nathan pleaded with the judge to allow him to see Kaiser, but Jenelle “has told him to come see Kaiser for months, just drive to her, but he didn’t!”

The custody agreement has not been finalized and must still be signed by both parties.

The potential resolution in her custody battle with Nathan comes at an ideal time for Jenelle as she prepares to give birth to her daughter Ensley within the next 30 days. In addition, she and David continue to make progress on their new house, which Jenelle says should be completed soon.